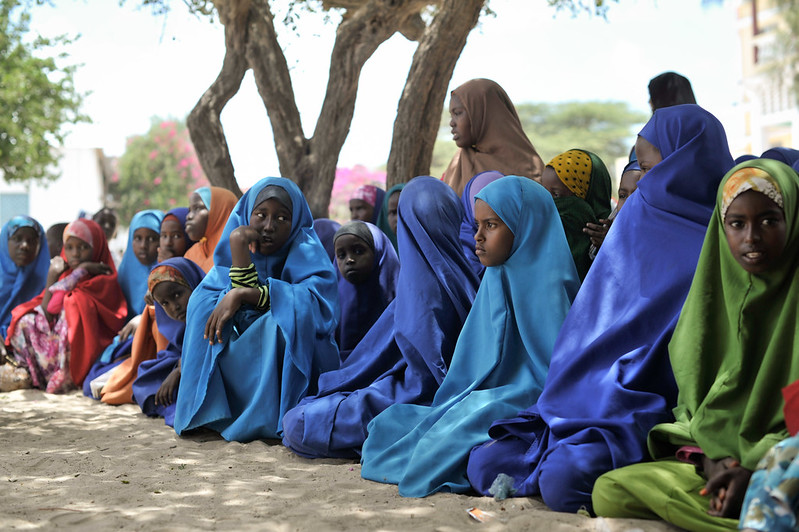 Human trafficking is the use of force, fraud or coercion to obtain labor or a commercial sex act. Today, human trafficking is a modern term for slavery. Mayumi Ueno, the counter-trafficking project manager at the International Office for Migration (IOM)’s Somalia Support Office, said the scale of human trafficking in Somalia is unknown. Somal women are often trafficked to Kenya, Djibouti and the United Arab Emirates to be sexually exploited.

How Human Trafficking in Somalia Happens

Every day, Najib Jama Abdi’s sister got up and walked to school. One day, she did not return. The Abdi family heard from the media that she had been trafficked to Somaliland. “By Allah’s mercy she was saved,” said Najib Jama Abdi to The New Humanitarian. Organizations like the Somali Police Force’s criminal investigations division 40-officer Counter-Trafficking and Organized Crime Unit work to rescue girls who have been kidnapped off the street and sold into human trafficking, like Abdi’s sister.

Human Trafficking in Somalia is a widespread issue. Women and girls are sometimes lied to and offered job opportunities, marriage or education in far-away places and then sold into sex slavery. In 2009, IOM began the Counter-Trafficking Project for Somalia. In Puntland and Somaliland, its activities included promoting awareness and informing citizens of the risks and dangers of being trafficked through media such as billboards.

History of Trafficking in Somalia

For decades, military dictator Siad Barre committed widespread atrocities, which effectively destroyed Somali civil society. Then, in May 1991, Barre was overthrown. The east desert region of Somalia declared itself the “Republic of Somaliland” after the overthrow of Barre. Somaliland now has a population of 3.5 million people, a functional political system, its own currency and a police force.

Before 1991, the federal and regional laws criminalized slave labor and certain forms of sex trafficking. Then, after Barre was overthrown, No progress was reported again until September 2017, when a human trafficking law was drafted and endorsed by Somaliland.

Officials said they are concerned about the increasing amount of human trafficking in Somalia, specifically in the region of Somaliland. This region lies in the south-central region of Somalia. As a result, the lack of government in Somaliland makes child trafficking easier for traffickers to get away with. In November 2017, the city-state of Puntland in northeastern Somalia made valid a human trafficking legislative framework. It was made of new criminal procedures, penal codes and laws that specifically prohibit trafficking. The authorities recorded two trafficking cases that involved six individuals in 2020, during the period the U.S. government reported on the issue.