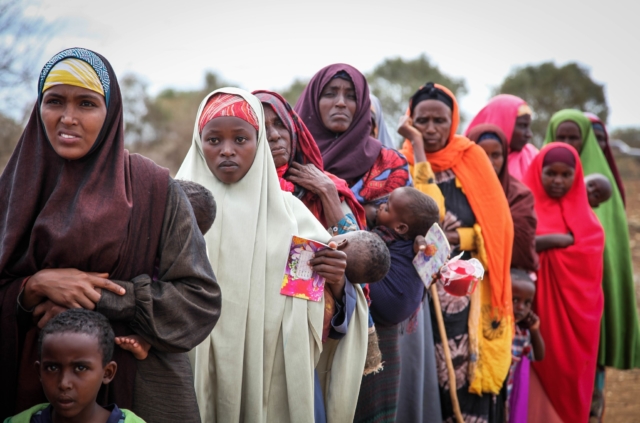 Burundi is a landlocked East African country bordering Tanzania and Rwanda. The majority of its population faces extreme poverty, with 65% of Burundians falling below the poverty line. In Bujumbura, the country’s capital, agricultural workers earn an average wage of 3,000 francs ($1.82) per day. In rural areas, the minimum wage is a third of the capital city’s, forcing rural workers to make ends meet on less than a dollar a day. Many Burundians lack access to clean water and basic sanitation and less than 5% have electricity. In addition to a high rate of extreme poverty, political instability and widespread violence have led to an increase in human trafficking in Burundi.

The Education Policy Data Center found that, as of 2014, 62% of Burundians aged 15-24 never complete primary education. Child labor is common, especially in agriculture. The International Labour Organization (ILO) and the Government of Burundi found, in a collaborative study, that child labor was commonly used to harvest “cash crops” such as coffee. Forced labor also occurs, sometimes because of human trafficking.

Children are the most common victims since they are easier to mislead and exploit for monetary gain. Burundi’s primary catalysts for human trafficking are its major industries. Implementing anti-trafficking protocols within these industries and refusing to buy exports produced using forced labor and trafficking would go a long way toward ending human trafficking in Burundi.

The Impact of Human Trafficking on Burundian Families

Young women and children are especially vulnerable to human trafficking. Many leave their families because of traffickers’ false promises of “good jobs,” which women and children see as their only chance to escape poverty. Human trafficking also causes emotional trauma for families with members who have been trafficked. NGOs working in the area believe that between 500 and 3,000 young women from Burundi became trafficking victims in the Middle East between 2015 and 2016.

OLCT, a Burundian NGO that stops transnational crime, reported that at least 527 girls and women arrived in Middle Eastern countries in 2017 as a result of human trafficking. Additionally, more than 250 girls and women arrived in the Middle East in 2018. According to the chairman of OLCT, Qatar is the most common place internationally trafficked Burundian girls end up in due to preparations for the 2022 World Cup.

In April 2021, the Ugandan police intercepted a human trafficking caravan in transit to another nation. The police saved 29 Burundian girls and arrested and charged five human trafficking racket suspects. According to a Ugandan police spokesperson, the girls’ destination was likely the sex trade. Uganda is a cut-through country for traffickers bringing girls into other countries. Human trafficking in Burundi and Africa as a whole will end only if bordering nations cooperate with each other. Uganda’s rescue of 29 young girls displays what can happen when nations work together.

Gaston Sindimwo, the vice president of Burundi as of 2019, says that fighting human trafficking requires universal respect for human rights and the understanding that human trafficking is a global issue. In 2019, the International Organization for Migration (IOM) partnered with the Burundian Government to launch Burundi Counter-Trafficking, a project to strengthen the government’s capacity to fight human trafficking.

The Netherlands has fully funded the $3 million project, which will run until the end of 2022. Caecilia Wijgers, the Netherlands’ ambassador to Burundi as of 2019, stressed the need to protect people suffering exploitation and deception. Funding from the Netherlands has limited the number of trafficking rackets in the past few years and has allowed Burundi to work with its neighbors to stop trafficking throughout the continent.

The Burundi Counter-Trafficking project is helping reduce human trafficking in Burundi. However, much work still lies ahead in order to end the exploitation of Burundians and ensure no more families suffer as a result of human trafficking.