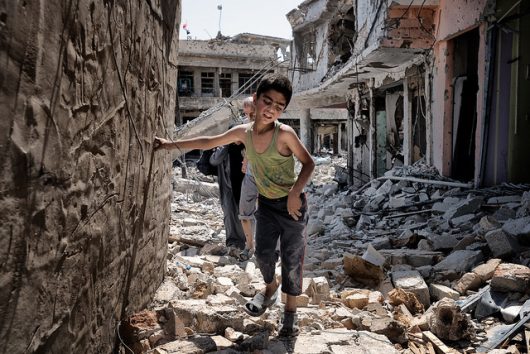 The issue of human rights in Iraq is a continuing problem that needs to be addressed due to the conflict between the people, government and the Islamic State of Iraq and al-Sham (ISIS). While the name ISIS frequents news sources in the United States, particularly in stories of the abuse of civil rights, the Iraqi central government also contributes to the systematic abuse of Iraq’s citizens.

ISIS uses citizens of Iraq as human shields, hurts them with random attacks using weapons, car bombs and suicide attackers, and blows up citizen areas with landmines. The government, which includes departments like Popular Mobilization Forces, loots and destroys homes, and tortures, executes and “disappears” its citizens. The Kurdistan Workers’ Party (PKK) also implements the use of child soldiers.

Thousands of civilians are in prison without charge and denied legal counsel and access to their families. They are treated poorly at best and subjected to torture at worst. After extremely unfair trials, many receive lengthy prison sentences or death sentences. Most “confessions” are obtained while the civilian is being tortured.

While most violence and terrorism in Iraq is indiscriminate, women and girls have more restricted civil rights than men. They live in constant danger of sexual assault and domestic violence with little to no repercussions for the perpetrators of such acts. Gay men face acts of targeted violence due to sexual orientation as well.

In 2017 so far, no month counted less than 317 deaths (April) or 300 injured (June) in acts of violence and in violation of human rights in Iraq. In June alone, there were 415 killed due to violence, terrorism and armed conflict.

The protection of the innocent civilians and their human rights in Iraq is of the utmost importance, and so is the protection of the International Affairs Budget with regard to United States foreign policy. Iraq is now known as the deadliest country in the world for journalists and one of the deadliest for children. In a country that is labeled the third most prolific executioner, advocation for human rights is sorely needed.

Recent and Ongoing Violations of Human Rights in Romania What is a Bilateral Organization?
Scroll to top