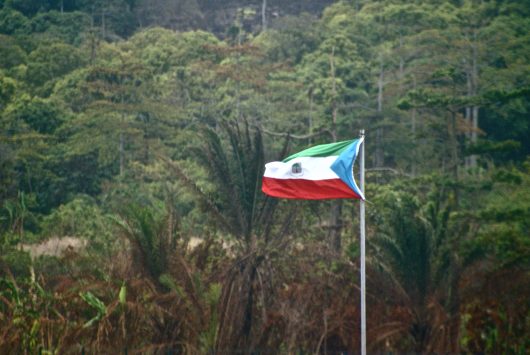 The human rights in Equatorial Guinea are influenced significantly by a nearly omnipotent government. The per capita gross national income is $21,056, which, according to the Human Rights Watch, is the highest in Africa. Unfortunately, much of this is due to citizens who are loyal to President Teodore Obiang Nguema Mbasogo having most of the wealth, whereas the rest of the country is living in poverty.

According to the Human Rights Watch, 26% of all children have stunted growth. Nearly half of elementary school-aged children are not enrolled in school, and half of the ones who are do not finish. A ruling in July 2017 by the Minister of Education, which expels all pregnant students in an effort to discourage pregnancy, exacerbates the situation.

Human Rights Watch puts many of the violations of human rights in Equatorial Guinea on President Obiang, the president since 1979, and his government. He was recently reelected in April 2016, amid much controversy. Many citizens in opposition to Obiang boycotted the election, given the unlikeliness of his defeat. Those who came out in opposition to Obiang were arrested, sometimes en masse, and held in jail without charges for over one week. In the week before the election, for example, Obiang’s government targeted members of the opposition party, Citizens for Innovation. Even outside of the elections, those opposing the Obiang government are swiftly dealt with, usually under “disturbing the peace,” according to Amnesty International. One story involved police arresting two members of another opposition party for passing out leaflets.

Not only are opposition leaders persecuted by the government, but so are their families. An example of this involved the son and nephew of an opposition leader, whom, according to Amnesty International, the government arrested and held for nine months, only charging and convicting them for revealing state secrets at the end of their incarceration.

The government’s influence reaches beyond silencing its opposition. When President Obiang’s son Teodorin was charged with embezzlement by the French government, Obiang responded by making his son vice president and accusing France of violating his immunity.

In spite of the severe violations of human rights in Equatorial Guinea, many organizations have spoken out for government reform. According to the Human Rights Watch, Amnesty International and six other organizations condemned the government for silencing opposition leaders.

The government is making an effort to improve how it treats the opposition party. In order to join the Extractive Industries Transparency Initiative, Equatorial Guinea has to “refrain from actions which result in narrowing or restricting public debate in relation to implementation of the EITI.” In response to this, the government has allowed one of its opposition parties to resume business as of September 2016.

The government is a large complication when it comes to improving human rights in Equatorial Guinea, but there are small signs of improvement, which hopefully will continue into the future.