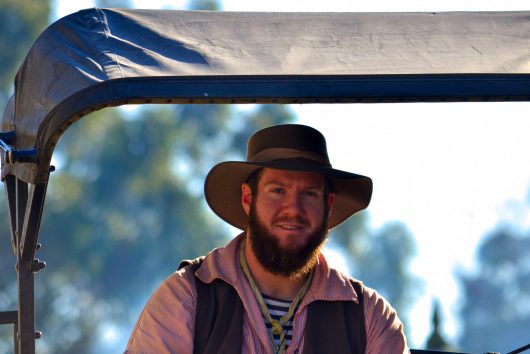 The story of human rights in Australia belongs, in part, to the English convicts sent there as punishment mostly for petty thievery. However, a larger part of the tale belongs to the country’s indigenous people.

After American independence, the British needed a new place to ship criminals. England chose Australia, and between 1788 and 1868, they sent 165,000 predominantly male convicted thieves to the “land down under.” Those sent during the first 20 years were chained beneath the decks of the ships transporting them for their entire eight-month journey. Of all those sent, one-third died during the voyage. Of those who survived their sentences, very few ever returned to England.

Instead, they settled the land, starting farms and businesses that employed later convicts. But they were not the first of the continent’s inhabitants. The Aboriginal Australians, as the British called them, lived in Australia for 60,000 years before British annexation. The British did not accept any prior claims to the land.

Here is an abbreviated timeline of human rights in Australia as they impact indigenous people:

A 1967 referendum in which 90% of Australians voted to remove discriminatory clauses in their Constitution was the first step in the reconciliation movement meant to restore human rights in Australia. For the first time, indigenous Australians were counted in the census and given citizenship. Much more needs to be done about high rates of homelessness, incarceration and unemployment among Australia’s indigenous people. However, the government and the population are committed to change.

The Australian Indigenous HealthInfoNet links to 168 projects and programs related to the culture of indigenous people. Additionally, Caritas Australia works to support self-determination among them. Meanwhile, indigenous-led tourism is being used to promote reconciliation. “For 250 years they’ve been told their culture is worthless,” says John Morse, formerly a manager with Tourism Australia, the government’s tourism division. “All of a sudden people are traveling to see it, and truly understanding it is extraordinarily rich and fascinating.