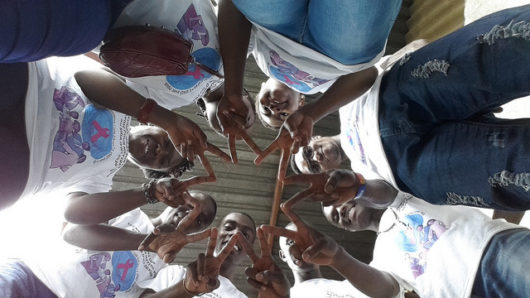 UNAIDS, established in 1996, is an organization dedicating to treating ailments such as AIDS and tuberculosis through the rights-based technique.

By approaching these issues having the Sustainable Development Goals (SDGs) in mind, UNAIDS has been a pioneer in the remedying of such diseases, especially tuberculosis. In the article below, the way in which UNAIDS is working to end tuberculosis is presented.

Caused by the Mycobacterium tuberculosis (MTB) bacteria, Tuberculosis (TB) is contracted when one person inspires droplets released by another infected person. These droplets can be loosed through a laugh, cough, sneeze, chatter and other similar actions.

The bacteria primarily attacks the lungs and can be detected if one develops a harsh cough, becomes rather feeble, begins to spit up blood and/or sputum, and experiences chest aches, among other things.

Latent tuberculosis occurs when somebody carries the TB bacteria, but does not display any signs, nor is contagious. These hosts rarely ever fully develop TB, but it’s still crucial to receive treatment, just for safe measure. The effects of TB, if the disease flourishes, can be immensely hazardous, and potentially fatal.

According to the UNAIDS website, tuberculosis is especially dangerous since it is the leading cause of death among people living with HIV, causing more than one-third of all AIDS-related deaths in 2015. Almost 60 percent of the estimated global HIV-related TB cases are not diagnosed and not treated.

Basically, the tuberculosis epidemic is heavily integrated into their journey to better the tempest that is called the AIDS disease.

The organization has strongly rallied behind the 2016 United Nations Political Declaration on Ending AIDS. This declaration is staunch on curtailing the number of TB-HIV-tied fatalities to 75 percent by the end of 2020 rolls.

How UNAIDS is Working to End Tuberculosis?

At the 42nd Programme Coordination Board (PBC) meeting, UNAIDS precisely defined how they plan on cutting the deaths down to their target percentage. In the report “Ending Tuberculosis and AIDS: A Joint Response in the Era of Sustainable Development Goals,” more specifically, in a table provided by World Health Organization (WHO), three steps in reducing tuberculosis deaths are defined.

Step one can be achieved by reducing the probability of HIV occurring in TB-infected people and vice- versa. Surveilling this issue closely can determine the mortality rate in such cases.

Step two can be reached by means of reinforcing observations and treatments. Making these treatments affordable is the key in reducing the rate of tuberculosis occurring in those infected with HIV by 2020.

Finally, the methodology of step three involves strong encouragement of getting tested and issuing prevention techniques to patients either already diagnosed or suspected of carrying the disease.

The report also suggests that people must crush the stigma and cruel judgment that shrouds those living with tuberculosis, HIV, or both. In the report, it was clearly stated that the unchallenged presence of stigma reduces the efficiency of TB and HIV programmes.

UNAIDS also chairs what is known as the H6 Partnership. This group consists of UNFPA, UNICEF, U.N. Women, WHO, UNAIDS, and the World Bank Group. Part and parcel to the Every Woman Every Child act, the partners also work to end tuberculosis in order to sustain maternal and child health.

UNAIDS is an organization that has a clear goal of eradicating serious world illnesses such as tuberculosis and AIDS. The UNAIDS is working to end tuberculosis through three clearly defined steps. The reduction of tuberculosis would help the people infected by AIDS as well, and the work of the organization must be universally recognized and helped by the governments from all over the world.