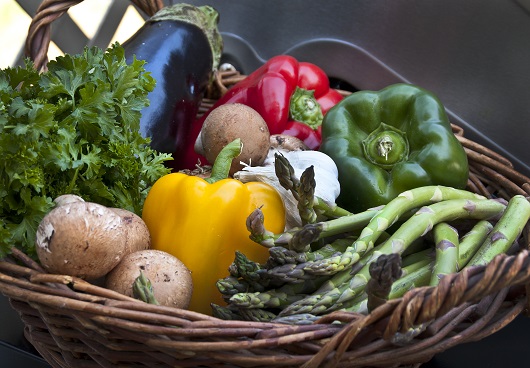 The concept of poverty can be difficult to grasp, especially when it is far removed from our everyday lives.

While we may know that families go to bed hungry every night because they cannot afford to put dinner on the table, without tangible reminders that 925 million people around the world suffer from the effects of hunger, that knowledge often gets pushed to the background.

Overpopulation has been the most frequently blamed cause of starvation and global hunger, but there is more than enough food grown each year to feed the seven billion people on the planet. Then how is it that 2.5 million children die of starvation every year?

The answer to that question is complicated and has many contributing factors, but one reason is that a vast majority of the food grown today is fed to animals. The animal agriculture business has grown dramatically in the past 40 years, according to the Food and Agriculture Organization of the United Nations.

“Global meat production is projected to more than doubt from 229 million [tons] in 2001 to 465 million [tons] in 2050,” the organization states. In order to sustain the increasing demand for animal byproducts, farmers have to grow or purchase more and more feed for their growing stock of animals.

The amount of grain produced today is enough to feed the entire world twice over, but 70 percent of that grain goes towards feeding livestock. Half of the water consumed in the U.S. is used to grow grain for cattle feed.

The water necessary for meat breeding equals about 190 gallons per animal per day, which is ten times more than the average Indian family uses in a day.

Meat in general, but specifically beef, is an incredibly inefficient food source. In order to raise a cow to the necessary size for consumption, 157 million metric tons of grain and vegetable protein is used to produce a mere 28 metric tons of animal protein.

When that is scaled to the industrial scope the cattle industry is currently at, the massive amount of calories that could be consumed by humans but are instead fed to cattle, is tremendous. If these calories were redistributed to feed humans instead of animals, it could help end global hunger.

In 2010, a UN report said, “A global shift towards a vegan diet [one that does not include any animal products] is vital to save the world from hunger, fuel poverty and the worst impacts of climate change.” The report claims that the western meat and dairy rich diets have become simply unsustainable.

According to the same report, the meat and dairy industry account for 70 percent of global freshwater consumption, 38 percent of total land use and 19 percent of the world’s greenhouse gas emissions.

The vast amount of resources directed towards producing meat and dairy products is creating a food distribution issue. While there is enough food being grown, not enough of it is going directly towards feeding people, especially people in poverty.