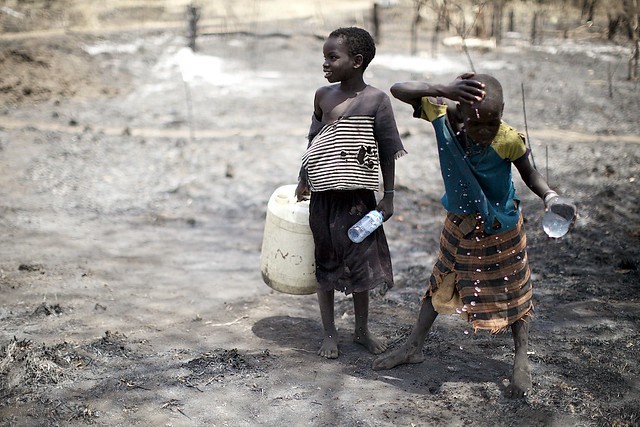 Nearly 780 million people lack access to clean drinking water. People living in third-world countries have no choice but to drink unclean water, which can lead to diseases such as cholera, Guinea worm disease, typhoid, and dysentery. Upward of 3.5 million people, most of whom are children, pass away annually as a result of these waterborne illnesses.

As Zimba’s website reports, “Most developing countries do not have the infrastructure required for the supply of treated piped water to each and every household.” The lack of proper plumbing drives consumers to use alternate methods of water purification. Adding chlorine to unsafe water can make it drinkable, but a lot of guesswork may be involved in deciding just how much chlorine is needed to make the water safe to drink. Zimba, a point-of-use water chlorinator, eliminates the need for guessing.

Suprio Das and the Zimba Chlorinator

He knew he needed to design a chlorinator that is easy to use as well as durable. The final product weighs 12 kilograms (approximately 26 pounds). The exterior is composed of fiberglass, which helps it withstand years of use and weathering, while the interior is made of virgin polypropylene plastic. Another impressive trait about the chlorinator is that it can be placed on preexisting water sources like hand pumps, taps or faucets, with installation time being less than thirty minutes. Rather than relying on electricity, the chlorinator is gravity-powered, and it can purify thousands of liters of water a day.

How the Chlorinator Works

The purification process begins when water is filled in the top of the device. The pressure triggers the release of a premeasured dose of liquid chlorine (sodium hypochlorite) into the water being held in a storage tank. There, the water is exposed to the chlorine for about thirty minutes, which is the amount of time the World Health Organization recommends. The clean water then flows into the main tank and awaits retrieval from the tap.

Impact of the Chlorinator

As of 2018, Zimba chlorinators are being used in India, Bangladesh, Kenya and the Dominican Republic. And Zimba experts believe that the use of the chlorinator can help save the lives of 1.5 million children between 2015 and 2030. It has even been included in PATH’s Innovation Countdown 2030 report as a product that promises to contribute to health improvements in the next fifteen years.

In a country that has unlimited access to clean drinking water by way of public water fountains, water filtration systems and proper plumbing, it is hard to imagine the difficulties people face just to get a sip of water that is safe to consume. With the help of the Zimba chlorinator, people living in underdeveloped nations have easier access to purified water.