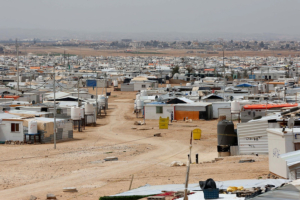 Tuberculosis (TB) is one of the most commonly reported diseases among refugee populations. It affects the lungs and can be extremely infectious. Symptoms include coughing up blood and mucus for a long period of time, pain when coughing, fatigue, fever and chills. TB is a highly contagious disease and can spread through droplets in the air when an infected individual sneezes or coughs. TB affects refugees who usually become infected while they are in their home countries. Poverty increases during wartime, and so do TB rates.

The Diffusion of TB

Although many refugees contract TB from their home countries, their journies worsen the disease’s effects. The malnutrition that many displaced peoples experience weakens the body’s ability to fight the disease, and underlying health conditions lead to more life-threatening effects.

TB affects refugees in camps. Currently, 2.6 million refugees live in refugee camps all around the world.  Tens of thousands of individuals can cram into each camp.  In fact, one camp in Jordan, for example, is home to about 80,000 Syrian refugees. Camps do not have an adequate amount of food, and sanitation is well below average. In fact, 30% of refugee camps do not have access to proper latrine systems. Additionally, TB affects refugees where HIV rates are high. For example, many refugees live in sub-Saharan Africa where the HIV rate is 9%, one of the highest in the world.  Further, when those placed in camps leave, general community members are also at risk.

The majority of refugees today are living in a state of poverty. For example, a report by the United Nations High Commissioner for Refugees (UNHCR) and the World Bank Group shows that in 2014  90% of the Syrian refugees in Jordan and Lebanon are considered to be below the poverty line in each of those countries. Economic barriers prevent many refugees from TB treatment. Without money, displaced peoples have little defense against TB.

Although affordability plays a large factor in a refugee’s inability to access treatment, fear also plays a role in limiting refugee access to treatment. Particularly for undocumented refugees, the fear of deportation prevents many from receiving a diagnosis. For documented refugees, the legal technicalities of receiving such care are complex. Treatment is mainly available to those who are employed because employers provide insurance that covers treatment costs. However, approximately 65.1% of refugees around the world are currently unemployed and unable to receive these benefits. Financial and emotional walls are blocking refugees from receiving vital healthcare.

The extreme ways in which TB is affecting refugees have garnered international attention. To combat its fatal consequences, the World Health Organization (WHO) has created a response called The End TB Strategy. The program’s ultimate goal is to reach an 80% drop in TB cases by 2030. One of the program’s main strategies is to implement screening, especially for high-risk groups. If a refugee arrives from a country such as India where TB rates are high, they will go through a screening process. Through these procedures, early detection of TB is possible, and the disease can be effectively treated.

Organizations like the Centers for Disease Control (CDC) have already implemented screening measures and require refugees to undergo TB tests before they can cross US borders. Proper understanding of the disease is also a focus of The End TB Strategy. The WHO is developing research on and treatment plans for TB that should lower infection rates. In general, the strategy emphasizes the importance of early detection, screening and proper treatment for all individuals.

Tuberculosis is a deadly disease. It is one of the top ten causes of death in low-income countries. Refugees can become infected in their home countries, throughout their journeys or in refugee camps. TB easily spreads from person to person, and it can infect entire communities. Poverty and fear of deportation and unemployment prevent refugees from accessing and receiving treatment.

Fortunately, plans such as the WHO’s End TB Strategy are working on improving the current state of tuberculosis among refugee populations. Hopefully, these programs will reach their goals and protect refugees from TB’s deadly hands.