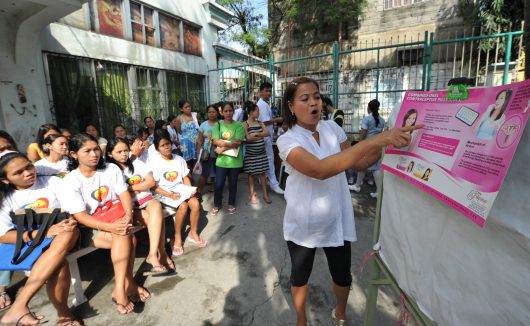 Guatemala has one of the highest teen pregnancy rates in Latin America. By age 20, 54 to 68 percent of indigenous or uneducated women have married or become pregnant.

This number is raised by a high rate of sexual abuse that boys and girls suffer: 10,000 cases are reported every year. One of the many reasons these statistics are so alarmingly high is a lack of comprehensive sex education in Guatemala. In 2012, only two percent of schools had effective programs; but fortunately, many advocates have worked to counteract these dismal statistics over the past few years.

Guatemalan children need to be taught about contraceptives, STIs, HIV, pregnancy and especially consent. Programs should emphasize the goals of improved gender equality as well as increasing male involvement in family planning. These alterations would allow teenagers to have more control over their reproductive health as well as counteract the dangerous culture of violence and rape.

Fortunately, new legislation has paved the way for improvement. The 2010 Preventing through Education Act calls for comprehensive sex education in Guatemala and increases teenage access to sexual health services.

Sex educator Ana Lucía Ramazzini insists that “sex education cannot be successful in Guatemala without being taught from a feminist viewpoint that addresses consent, assault and the power dynamics and social inequalities between men and women.” Two other laws have been similarly positive — hospitals are now required to report pregnancies for girls under 14, and the marrying age with parental consent has been raised from 14 to 16.

Three years after the Prevention through Education Act, a program with gender equality views was incorporated into nine regions. After the 2010 law passed in Guatemala, the rate of teen pregnancy decreased from 90 births per 1000 women ages 15-19 to 81 births in 2014. While the statistic is not overtly dramatic, the steady decline does indeed bode well for the future.

Ten Guatemalan organizations and a handful of international organizations continue to transform sex education from bill to reality. UNAIDS works to educate people about HIV and decrease the stigma surrounding the condition for the 65,000 people in Guatemala who live with the disease and require treatment. Two Guatemalan organizations in particular, Asociacion Pro-Bienestar de la Familia de Guatemala (APROFAM) and Incide Joven, have done exceptional work in this field.

APROFAM is a family planning organization that serves Guatemala with 27 permanent clinics, five mobile facilities and a large number of community distributors. Their clinics and workshops provide education for both men and women about the effectiveness of contraceptives and family planning services. Using media from comic strips and television shows, they educate the public on both sexual health as well as issues of consent and abuse.

Incide Joven is a similar organization, but its uniqueness stems from the fact that it is entirely youth-run. Like APROFAM, Incide Joven is dedicated to making sex education available for teenagers. Their advocacy was very successful in creating the valuable Gender and Cultural Diversity office as part of the Ministry of Education to oversee new sex education. APROFAM and Incide Joben share sex educator Ana Ramazzini’s ideology by encouraging both genders to take an active role in family planning.

With such high rates of abuse and teenage pregnancy, sex education in Guatemala is a tough job. Fortunately, children are growing more aware of their rights and the risks of young sex. A 10-year-old listing off information about HIV at a UNAIDS event said that “[children] are very young for sex. Ah! And that our body is only ours and no one can touch it.”

The emphasis on consent in sex education in Guatemala not only builds a better-informed public, but it also is a large step in the right direction for female empowerment and youth rights.

Ripple: Celebrities Help the Poor Without Donations Healthcare in Bihar is Improving for Women and Children
Scroll to top