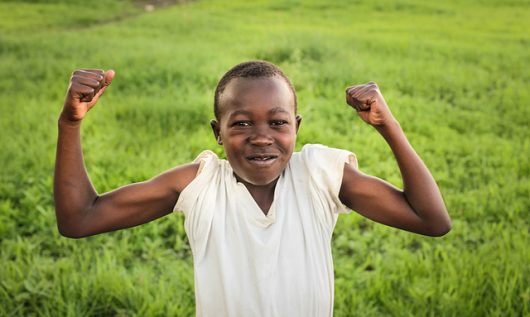 Hunger continues to be the world’s biggest health problem. Hunger is one of the most emblematic images of poverty: the picture of stunted, malnourished children tends to resonate empathetical feelings in almost anyone. Just thinking of an image like this shows how, in one way or another, society knows how much suffering world hunger causes. With this information, the real question is how many people die from hunger each year.

This year, 36 million people will die from starvation. Essentially, that equates to a person dying of hunger every second of the year. Of these 36 million inhabitants, children are especially vulnerable. Every minute, 12 children under the age of five will die of hunger. This fact represents a death every five seconds.

The question itself of hunger, not just hunger-related deaths, is just as equally an important issue. The Oxford English Dictionary defines hunger as the want or scarcity of food in a country. The current world population is more than seven billion, and 795 million people, or one in every nine people, suffer from hunger. Almost all of these people are living in developing countries. Countries in Asia suffer from this problem more than any other region, with 525 million people suffering. Sub-Saharan African countries follow with a combined 214 million.

These regions are the most susceptible to conflict and drought, and usually, these tragedies end in famine.  All of these factors are a direct relation to hunger. Consequently, 50 percent of all hungry people are families that depend on agriculture.

While there may have been an extreme spike in cases of hunger from 1995 to 2009 (an increase from sub-800 million hungry citizens to more than one billion in 2009), there has been a stark and continual decrease from 2009 to 2017. Currently, the world is seeing the lowest number of hungry people since 1995. There are 200 million fewer people suffering from hunger than there were 25 years ago.

With the understanding of how many people die from hunger each year and how many people still suffer from it, the question is how can this issue be addressed? One method to fight against global hunger is by supporting The Borgen Project. The Borgen Project places its focus on alleviating global poverty.  By ridding the world of poverty, there will directly influence those who are also suffering from hunger.

What Is a Fireless Cooker? How to Help People in China
Scroll to top