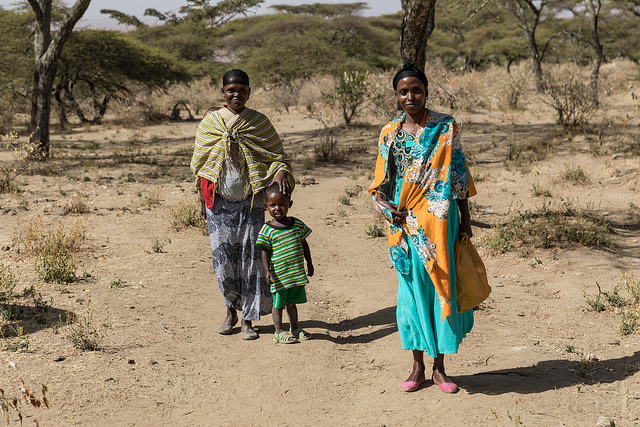 In the U.S., it is not uncommon to hear the all-too-familiar phrase about “the starving children in Africa” who would “love to have that food you are wasting!” Seemingly daily reminders of how many people are starving around the world permeate Western society, whether through billboards, commercials, requests to donate to X or Y charity at the grocery checkout or homeless people begging at stoplights.

Despite all these reminders, the U.S. ranks lower than the average developed country in the Commitment to Development Index. Designed by the Center for Global Development (CDG), the Commitment to Development Index measures developed countries’ contributions to providing necessary aid in seven fields: aid, finance, technology, environment, trade, security and migration. Out of the 27 countries measured, the U.S. ranks twenty-third overall.

In the meantime, approximately 793 million people are starving around the world, according to the U.N. That makes up about 11 percent of the population. Of the 793 million, more than 100 million suffer from severe malnutrition and risk starving to death. Of the 793 million, 780 million, or 98 percent, inhabit developing countries. One million children under the age of five die from malnourishment each year, comprising 45 percent of all child deaths up to age five.

A person living comfortably in a developed country may find it difficult to address issues like global poverty or think about how many people are starving around the world. Though not necessarily intentional, this lack of awareness leads to inaction. When local political figures do not hear anything from the people they represent on certain issues, they focus on addressing other topics about which people seem to care more. As a result, bills regarding hunger do not get passed, people do not volunteer their energy and nothing gets done about global poverty.

Considering how many people are starving around the world today, people in developed countries must take action, even just by calling or emailing their political representatives about addressing global poverty. Though it seems like an insurmountable task, enough mobilization beginning at the individual level can help to eradicate poverty once and for all.