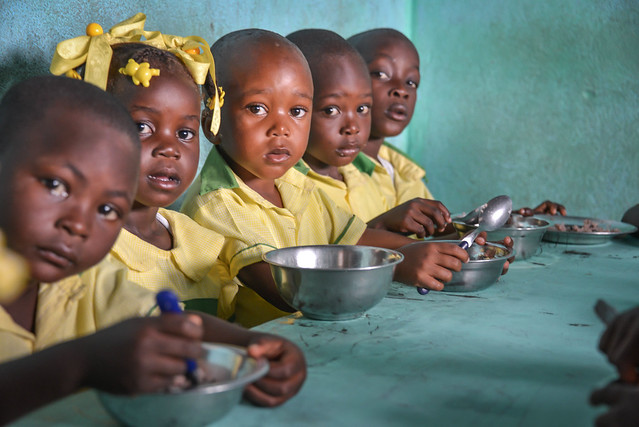 Haiti is a small island, yet it is the western hemisphere’s most impoverished nation. One of the many ways that poverty affects Haiti is through hunger. In 2015, 22 percent of Haitian children were suffering from malnutrition. Health is something that affects everyday life and is reflective of a country’s standard of living. In other words, learning about how malnutrition affects Haiti is important for understanding poverty and the development of this country.

Haiti became independent from the French government in 1804. This formerly colonized nation was the first country to achieve freedom through a slave rebellion. When Haiti became independent, most western countries (such as the U.S.) did not recognize the nation’s independence. This prevented any foreign trade from occurring with Haiti.

The first country to acknowledge Haitian independence was France; however, the acknowledgment was met with conditions. The French claimed that their economy would be hurt due to a loss in slave labor and, because of this, Haitians would have to repay the French with 100 million francs. The debt was not fully repaid until 1887 and, consequently, created negative effects on Haiti’s economy.

The country also regularly encounters natural disasters such as earthquakes, floods and hurricanes. Since 1998, Haiti has faced 10 hurricanes in addition to other tropical storms. With a lack of infrastructure, every environmental disaster takes a large toll on the economy. After the 2010 earthquake, 1.5 million Haitians were displaced and the country was said to have faced $7.8 billion in losses.

The Role of Nutrition

Today, Haiti has a GDP per capita of $870, and 59 percent of the population works for less than 2 dollars per day. With such high rates of poverty, it’s no surprise that the country also suffers from malnutrition. There are some key facts to understanding how malnutrition affects Haiti.

While the majority of Haitians still suffer from malnutrition, progress has been made. Hands up for Haiti is one nonprofit that is aiming to reduce issues surrounding nutrition in three different ways. The first way is through a supplement called Medika Mamba, a nutritional pill that is primarily nut-based and is high in calories. The pill is provided to 600 children each year on the bases of medical evaluation. The second way is through educational programs that teach locals how to grow small plots of food to support their families. Lastly, the organization offers centers with professionally trained medics to treat illnesses relating to malnutrition.

Understanding how malnutrition affects Haiti is key to recognizing the effects of poverty. The country’s long-standing history of natural disasters and colonization has affected its current economic situation as well as the health of the nation. However, nonprofits such as Hands up for Haiti have been making large strides within the country, giving a hopeful outlook to the future of this nation.