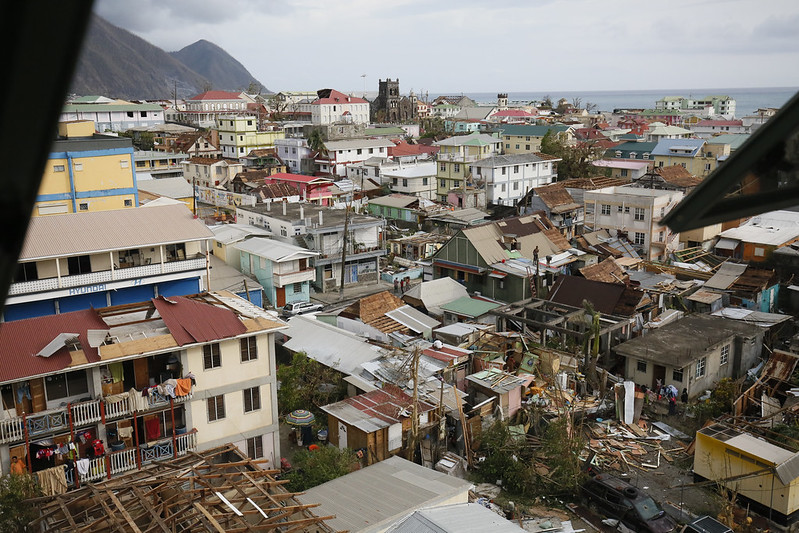 Hurricanes are large storms that develop from warm ocean waters. As they reach land, they create a storm surge, pushing ocean water onto the land, causing extreme damage such as infrastructure loss and flooding. Hurricane season lasts from May to November and causes loss of life and property for coastal regions around the globe. This article will examine how hurricanes affect poverty around the globe and organizations that help combat their destruction.

Hurricanes And Poverty: The Cycle

Hurricanes affect global poverty as they slow development and cause a significant loss of money, pushing people and countries into poverty. Each year 26 million people fall into poverty due to natural disasters. In particular, hurricanes cause a decrease in development and a loss of GDP. In 1998, Hurricane Mitch caused 30 years of decreased development in Honduras and Nicaragua. In 2004, Hurricane Ivan led to losses of more than 200% of Grenada’s GDP.

Hurricanes disproportionately affect impoverished communities. Those with lower income have less access to technology, which leads to a lack of information and leaving them unprepared for a coming natural disaster. Additionally, disadvantaged populations live in less stable housing that does not fare well against natural disasters. For example, the Caribbean has a history of suffering a severe impact of hurricanes, and this is partly because 60-70% of the infrastructure is informal, meaning not professionally made or following safety protocol.

Impoverished communities also have less access to transportation and healthcare, leaving them with fewer resources after a hurricane. In Puerto Rico after the 2017 Hurricane Maria, 2975 people died as a result of not having the transportation to go to a hospital or sufficient life-sustaining medicine. Rebuilding also requires funds that many disadvantaged populations do not have. While the rich can often afford to move out of high-risk areas, impoverished households cannot. Developing countries also cannot afford to protect high-risk areas, by, for example, rebuilding structures with higher elevations and installing sea walls. Hurricanes affect those living in poverty the most and, as a result, hurricanes push them further into poverty.

The Red Cross is one of many organizations that provide hurricane relief around the world. It has stations throughout the globe, so it can provide emergency services and life-saving materials quickly to those who need it in the aftermath of a natural disaster, such as hurricanes. Many people working with the Red Cross are disaster response specialists who can work quickly in a disaster zone and are trained in situations that may occur during and after a hurricane. The Red Cross also reconnects families separated in natural disasters. The Red Cross has helped in hurricanes around the globe, including Haiti after Hurricane Matthew in 2016, and the Bahamas after Hurricane Dorian in 2019.

Other organizations that help those living in poverty recover from hurricanes include Heart to Heart International, Convoy of Hope and Tourism Cares. By donating to any one of these organizations, one could help bring an impoverished person their livelihood back and help them recover from a hurricane, helping to bridge the gap between the rich and poor in terms of hurricane recovery.