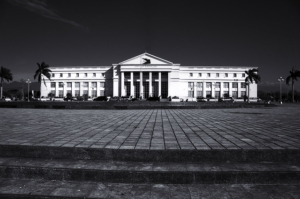 Currently, about 50 percent of countries have poverty rates that are lower than 3 percent. Despite the declining rate of global poverty, poverty rates in poor countries remain high. The existing global system allows for both wealthy companies and individuals to benefit within the global economy through tax avoidance with the use of tax havens, but erasing tax havens and having corporations pay more legitimate and realistic taxes could eliminate global poverty and inequality.

What are Tax Havens?

The use of tax havens is not just unique to multinational companies; some wealthy individuals utilize the system as well. The mass amounts of unpaid taxes are denying the world’s poorest governments billions of dollars. In February 2015, a few rich individuals with ties to Kenya were storing more than $560 million in bank accounts in Switzerland. The hidden wealth in tax havens could salvage the lives of four million children and 200,000 mothers in African countries. The gap between the wealthy and the poor in the world grows wider every year, and tax havens primarily fuel it. This is considering that $7.6 trillion of personal wealth hides in offshore accounts that tax havens run. This negatively impacts the fight to eliminate global poverty.

In the 1990s, 5 to 10 percent of global profits from multinational companies shifted, meaning that the jurisdictions where the economic activity took place proclaimed the profits for tax purposes. By the early 2010s, 25 to 30 percent of multinational companies’ global profits shifted. According to the International Monetary Fund, the active practice of corporate tax avoidance around the world has put the global revenue losses between $200 billion and $600 billion and lower-income countries make up around $200 billion of the global revenue loss. There are approximately 650 million poor people globally who live beneath the international poverty line of $1.90 per day. If a new country emerged with a Gross Domestic Product of the $200 billion revenue from low-income countries due to tax havens, the country could eliminate global poverty just by giving $2 every day to those 650 million people.

One way multinational companies are trying to curb tax avoidance is through the apportionment reform programs or the unitary tax approach. Through the unitary tax approach, global governments would assess tax havens’ profits as a group rather than as individual entities. This method would apportion the profits that the tax havens make as a group to each of the countries where the companies operate based on how much economic activity took place in the respective countries.

In using the unitary tax approach, multinational companies would receive taxes where employees do the actual work rather than where the ledgers hide. Due to the fact that the economic activity that the tax havens are carrying out in countries would be more authentic, a greater deal of the global shares of the corporation’s profits would distribute to the countries, and then each country would have more reign to exercise their taxing rights and tax its shares of global profits at a more reasonable rate. A global shift to the unitary tax shift approach overall would benefit not just the U.S., but also low-income countries in the fight to eliminate global poverty.

Erasing tax havens is necessary as they are detrimental to the global system in that they rob governments of the opportunity to eliminate global poverty and socioeconomic inequality by depriving governments of needed public service resources such as health and education. Erasing tax havens is vital to eliminating global poverty, and global tax laws need to modify to benefit many, not just a few.