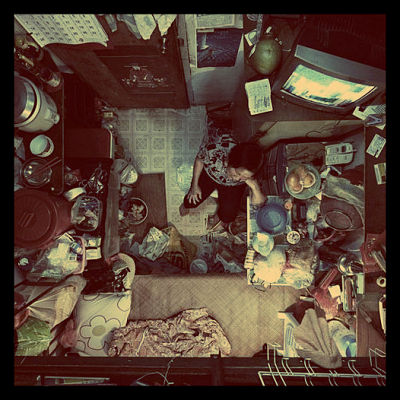 Community Care Fund in Hong Kong has decided to increase their poverty giveaways by helping those who are inadequately housed. They will be giving away more cash subsidies than ever before that will end up helping many people. Community Care Fund is a relatively new organization that was created in 2011. The organization is overseen by an “Executive Committee,” and there are four subcommittees that represent the topics and issues that the organization deals with each day – education, home affairs, medical issues, and welfare. The Community Care Fund works closely with the government’s Commission on Poverty (or the CoP). The Chinese government officially announced the creation of the CoP in the end of 2012. Since then, the Community Care fund and the Commission on Poverty have worked closely in their projects in order to do as much for the country as possible.

The Commission on Poverty has the primary objective of reducing poverty in Hong Kong, and for setting a poverty line for the city. Although poverty is the main goal, this is done in several ways – for instance, by supporting the underprivileged, stimulating social mobility, and promoting employment and education for all. The Commission works with the government, of course, and also works with NGOs, other businesses, and the community. The community at large is supported through the Societal Engagement Task force, which are also a part of the Commission. Attention will be paid to those with disabilities, minorities, and single parents. According to the Commission, they use the Community Care Fund in order to give relief immediately to those who are in dire need. They have also supported a Social Innovation and Entrepreneurship Development Fund.

The Community Care Fund was created under the Secretary for Home Affairs Incorporation Ordinance to help those with economic difficulties, especially the underprivileged that are not a part of the social safety net or who are facing special circumstances. Some of the examples of their subsidies are the following: Provision of Special Subsidy to Persons with Severe Physical Disabilities, Special Care Subsidy for the Severely Disabled, Subsidy for Elders who are on the Waiting List of Integrated Home Care Services, Training Subsidy for Children who are on the Waiting List of Subvented Pre-school, and so on and so forth. Basically, the Community Care Fund gives cash to those who are in desperate need and cannot get it in any other way.

Recently, the Community Care Fund has announced they will be adding another subsidy to help those who are “inadequately housed.” Primarily this will expand a previous subsidy that had only helped those living in subsidized housing – around 150,000 more people will qualify for the cash subsidies and have a good chance of being helped, and drawn out of poverty. This expanded subsidy was only one of four schemes that were announced by Chief Secretary Carrie Lam Cheng Yuet-ngor, the chairwoman of the Commission on Poverty (which, as mentioned before, works with the Community Care Fund in regards to immediate relief). Those living in premises deemed inadequate, such as squatter housing, will receive lump sums based on family sizes – thus far, 26,000 families have been helped by the subsidies.

Overall, just giving money to those in need is not the only or even best solution to reduce poverty, but it is definitely a start. The Community Care Fund allows immediate relief, and the Commission on Poverty keeps those families from falling back into poverty with other programs and initiatives. Basically, the Community Care Fund does as much as it can, and helps those who were previously “missed” by the system. Perhaps these two programs are helping contribute to the overall reduction of poverty in China.