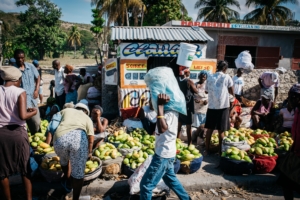 Developed nations can contribute to a large percentage of world problems, such as pollution, and these issues tend to impact the developing world the most. Recently, issues that developing nations have been dealing with for a long time have begun to encroach on developed nations. The lack of poverty aid, climate policies and failure to protect the innocent have created a global hostile environment that has encouraged developed nations to divide from developing nations despite sharing the same world. However, developed countries can have an impact on inequality in the world. One way that developed countries can reduce inequality is by providing aid to impoverished nations. One of these areas is Haiti, which has experienced significant damage due to natural disasters in the past.

Demand to Raise Issues of Inequality

There has been an incredible demand to address issues that affect the world in an unequal way, such as climate change. One area that developed countries can reduce inequality is in the country of Haiti where there is a large percentage of the population living below the poverty line and the poorest of the population is the most vulnerable. Those in poverty often do not have a place to safely shelter during, or after, natural disasters like earthquakes and hurricanes. Launching a market to help and develop the developing world is a way to unify countries and respond to the issues of poverty and climate change.

One company dedicated to addressing the issue of shelter is Veerhouse Voda, which has developed a building method to efficiently strengthen inadequate infrastructures, like some of the ones in Haiti. Veerhouse Voda’s infrastructure development is just one of many ways that the expertise and experience of the developed world can go towards improving the infrastructure of the entire planet.

The existing infrastructure of Haiti is currently underdeveloped and is often a problem during natural disasters. For example, in 2016, Hurricane Matthew destroyed many shelters in Haiti and damaged others. Much of the population was not able to find shelter. Veerhouse Voda’s building method can create a much safer, more resistant infrastructure to withstand natural disasters. In addition, it can implement emergency buildings to mitigate the loss of life after disaster events.

Companies, such as Veerhouse Voda, have collaborated together to form the Unreasonable Group to invest in developing infrastructure. As a result, this can protect people and set a foundation for places like Haiti. Veerhouse Voda can create disaster-resilient shelters that are locally built. It uses local employment to construct its shelters and can later transition them to more permanent structures. The positive impact that Veerhouse Voda can have in Haiti and on the developing world is the motivation behind the Unreasonable Group and other companies.

Developed countries can reduce inequality globally in order to create more of a unified world. As the infrastructure of the world begins to equalize, there will be opportunities for each unique cultural perspective to contribute to the progress of civilization. The alternative to investing in developing countries now is to continue to combat the symptoms of inequality.