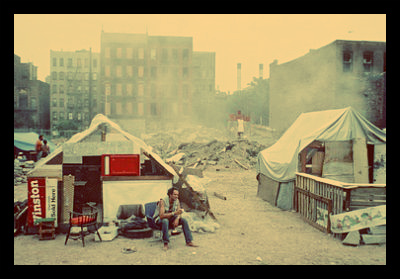 On any given night in the U.S., there are 610,042 people experiencing homelessness. What is even more shocking is that recent studies have shown that providing housing to hundreds of thousands of these homeless people could save taxpayers millions of dollars while simultaneously extending a helping hand to others. The millions of dollars saved could easily go toward reducing homelessness and poverty in other nations around the globe.

Two recent studies support the proposition that giving the homeless a place to call home is cheaper in the long run.

Results released from the Creative Housing Solution’s study of the Central Florida region found that each homeless person comes with a yearly price tag of $31,065. What could possibly drive the cost so high? Emergency room visits, hospital admissions and homeless-related crime arrests such as trespassing, public intoxication, public urination and begging are largely responsible.

According to Andrae Bailey, the CEO of the Central Florida Commission on Homelessness, most of the chronically homeless have a disability, such as veterans suffering from post-traumatic stress disorder or those with a mental illness or physical disability.

“These are not people who are just going to pull themselves up by their bootstraps and get a job,” Bailey said. “They’re never going to get off the streets on their own.”

The University of North Carolina Charlotte’s social work department, led by assistant professor Lori Thomas, conducted a study over the past year of a nearby homeless apartment complex called Moore Place. In its first year, by decreasing the time tenants spent in emergency rooms by 447 fewer visits and admitted to the hospital by 372 fewer days, Moore Place saved a whopping $1.8 million.

Furthermore, the study revealed decreases of 78 percent in arrests and 84 percent in days spent in jail.

It costs $14,000 a year per person to house Moore Place tenants, but one of the requirements for residence is that 30 percent of the tenants income must go toward rent.

Combatting the cost are incentives from the city of Charlotte, Mecklenburg County and the Charlotte Housing Authority to encourage the development of other homeless housing projects.

If homeless housing projects like Moore Place are implemented nationwide, the amount of lives changed and money saved will be astounding and well worth the effort and time.

So, those struggling on American soil are being helped, but what about those in undeveloped and poverty-stricken countries? What is being done to help them?

U.N.-Habitat For a Better Urban Future is a United Nations program whose mission, according to their website, is to “promote socially and environmentally sustainable human settlements development and the achievement of adequate shelter for all.”

Due to the expectation that six out of every 10 people in the world will live in an urban area by 2030, the need for permanent and stable housing is dire. Slums are on the rise.

One of the initiatives of U.N.-Habitat is housing and slum upgrading, but the statistics in support of the initiative are disheartening. The following totals represent the slum population of various countries: Sub-Saharan Africa 199.5 million, South Asia 190.7 million, East Asia 189.6 million, Latin America and the Caribbean 110.7 million, Southeast Asia 88.9 million, West Asia 35 million and North Africa 11.8 million.

It is obvious from the numbers above that homelessness and poor housing conditions are problems everywhere. Now that homelessness in the U.S. is on the decline, more monies should be put toward foreign aid that addresses the housing issues.

For more information on what U.N.-Habitat is doing and how to get involved, visit their website.