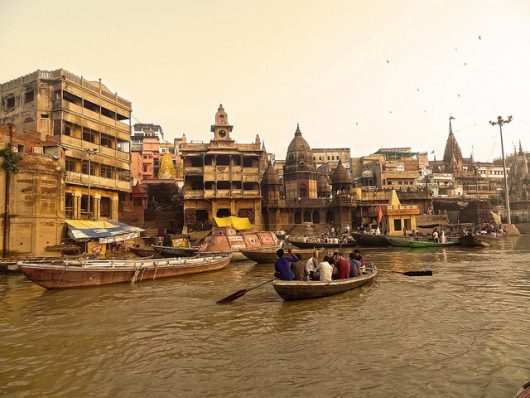 India’s urbanization rate is rising, and with it comes an influx of migrant workers. In the last 20 years, there has been a 73 percent increase in India’s urban population, with a whopping 377.1 million residents living in urban centers in 2011 alone. Though more recent migration data has yet to be released, it is still significant to note that between 2007 and 2008, urban areas experienced a 35 percent migration rate – referring to the proportion of migrants in the population – meaning that over one third of India’s urban population was temporary. Migrants travel to urban centers primarily for two reasons: work and marriage, both of which are issues that are split along gender lines. About 70 percent of all internal female migrants travel for marriage and 56 percent of all male migrants travel for employment.

This special aspect about migrants – their temporary status – has led them to be one of the most underserved groups in the urban population. Their inherently transient nature has allowed them to be taken advantage of in multiple markets – the housing market in particular, as housing options are limited due to their incapacity to purchase homes. Such limitations ensure that these migrants are especially susceptible to exploitation, as they are consistently and completely dependent upon rental options.

Consequently, the issue of housing for migrants in India is increasingly significant, especially considering that a full 27.6 percent of urban residents were living in rental homes in 2011. Much of these rental accommodations manifest themselves in the form of slums, due to the necessity to quickly address the population influxes. As a result, 68 million Indians lived in slums in 2011, due to the inability to properly and swiftly accommodate the massive population fluctuations and due to a lack of options. If slums are the only available housing, a migrant often has no real choice – they must choose between a slum and the street.

In an effort to address this housing shortage, Aarusha Homes entered the scene in 2007. Aarusha operates low-cost, high-quality hostels in four different cities in India. The hostels provide food, security, utilities and cleanliness, with some locations being single-gender and some being split. In the effort to be low-cost, Aarusha’s prices fluctuate depending on the property locations and the demographics of its renters. Income and “sharing level” (how many individuals live within an apartment) are both taken into account when determining price. Further, payments occur in advance of stay in order to sustain a pay-as-you-go model that is supportive to the transitory status of migrants. Individuals can pay for their specific housing and time needs rather than for a blanket number of months, ensuring that migrants do not have to worry about obtaining subleases or paying for unused housing, if and when their time within the given city is finished.

As of now, Aarusha maintains 21 of these facilities and are projected to impact over 87,000 lives within the next five years. If Aarusha has been able to drastically impact the issue of housing for migrants in India in their short 10-year existence – simply by diversifying the housing options available to migrants – there is surely much hope for what other improvements can be made in the future.

Tibetan School for Blind, Braille Without Borders, May Close How to Help People in India
Scroll to top