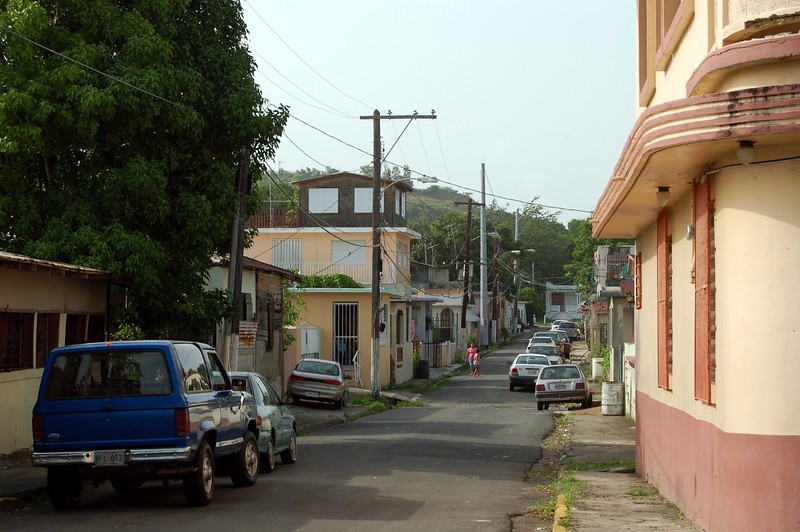 The housing crisis in Puerto Rico worsens with the increase of natural disasters such as hurricanes and earthquakes that have destroyed housing around the island. According to the United States Interagency Council on homelessness, 2,451 Puerto Ricans have faced homelessness on the island since January 2021. The U.S. Department of Education reported that around 4,717 students met chronic homelessness in the 2018-19 academic year, with 439 students completely unsheltered. The Puerto Rican housing market has faced a prolonged crisis since the 2006 economic crisis that depreciated values within the market; the island lost around 45,880 households due to increased migration to the mainland. The housing crisis in Puerto Rico led to an increase in bank repossessions, leaving 45%-55% of houses abandoned according to the American Bar Association.

Hurricane Maria struck the island on October 2, 2017, significantly damaging causing around 250,000 houses. It completely destroyed 70,000 of those homes. At the time, now-ousted Governor Ricardo Rossello stated that Puerto Rico would allocate around $31 billion in funds to recover most of the properties.

Many of the properties that the hurricane destroyed were illegally erected buildings that violate building codes around the ocean side. That is because some of these houses are located in flooding zones and unstable hillsides, which prevent them from being rebuilt.

A Nonprofit Against Homelessness

Nonprofit organization Casa del Peregrino helps identify and assist the homeless population in Puerto Rico while operating with the goal of improving the quality of life and health on the island. Founded in 1997 after the local university surveyed that 67% of the population in Aguadilla were homeless, the organization began to distribute used clothing, meals and personal hygiene items. In recent years, the organization has expanded its services to include rehabilitation programs with drug and alcohol specialists and an emergency shelter with 20 sleeping spaces.

As the housing crisis continues to develop, the organization struggles to expand its outreach through the 78 towns that compose the island; currently, only 15% of the clients have been able to fully rehabilitate through its rehabilitation center. The organization’s lack of government funding or support portrays an overarching problem with homelessness left to grow without any governmental measure to meet ensure citizens’ needs.

The island continues to face many challenges that increase homelessness within the population while organizations similar to Casa del Peregrino stand to provide the necessary resources for the island’s citizens until they await a solution from the government.