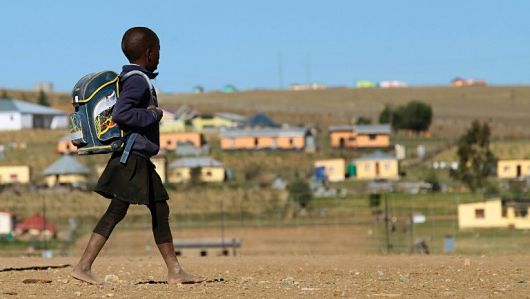 It has been 21 years since the end of apartheid in South Africa. While the Rainbow Nation has made progress on many fronts, the education system is struggling.

While schools do not aim to disadvantage minorities as they did during apartheid, the quality of education some provide is still severely lacking. The glow of democracy has not spread to the education system, which ranks 140th out of 144 according to a report done by the World Economic Forum. The worst being math and science specifically, ranking dead last at 144th.

Schools are failing for a number of reasons. For one, basic infrastructure is a problem and many schools are without running water or fully equipped bathrooms. Some are built of mud or are otherwise not structurally strong, leading to safety concerns.

Teachers are often absent, leaving classrooms full students with no teachers to educate them. This has been found to be more prevalent in schools located in less social-economically privileged areas. Often, these schools are smaller and have access to fewer resources, disadvantaging learners even more.

In the final year of secondary school, learners must pass their matriculation exam. About 75 percent of students passed the matric exams in 2014, a decrease from the 2013 mark of 78.2 percent. However, to pass matric, students need only 40 percent in three of their classes, and 30 percent in their other four classes.

Most students pass with better marks, however, the standard is low and half of the 18 percent of “matrics” that make it to universities, will never graduate. Couple this with the fact that despite progress in racial equality, Indians and whites possess many more matric and tertiary education certificates than blacks, and you have an education system that is struggling.

What is causing the education system to fail? It is not a lack of funding. In the 2013/14 fiscal year, 232.5 billion Rand, or $21.8 billion, was spent on education. However, money and resources often do not reach schools, instead falling into the hands of corrupt officials or middlemen involved in the purchasing of items such as computers or textbooks.

Corruption is a big problem in South Africa, and within the education sector it is no different. A recent study found that 20 percent of corruption cases reported by the public were related to education, and included things like mismanagement of funds, theft of funds, and tender corruption. Pair this corruption with a general lack of resources, infrastructure and teachers absent from work, and it makes more sense why schools are struggling.

What is the outcome of a poor education system? South Africa’s Minister of Finance Nhlanhla Nene made the connection between high unemployment in the country and a lack of properly educated individuals. Unemployment hovers at 26.4 percent, but rises to 37.8 percent when those who have given up looking for work are taken into account. To combat this, jobs obviously must be created and if the education system is improved, more people will be able to find work and continue the Rainbow Nation’s progress forward as a country.