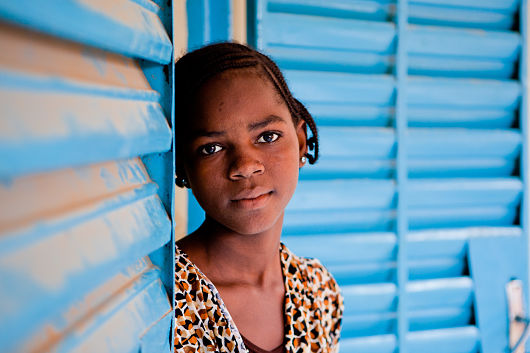 In Guatemala, it is legal for girls to marry at age 14 as long as they have parental consent. However, many girls younger than 14 are forced to marry, resulting in early childbirth. In the village of Almolonga, a 13 year old’s childbirth caused a national scandal because her wedding—which took place when she was only 12—had been officiated by the mayor of the village.

Marriage at such a young age results in many complications because the girls’ bodies are not ready for childbirth. As the Council on Foreign Relations states, one of the most common problems girls face is an obstetric fistula, which can lead to chronic incontinence. Maternal mortality is also extremely prevalent, and childbirth is the leading cause of death for girls between the ages of 15 to 19 in low to middle income countries. In addition, babies born to younger mothers are more likely to die at a young age because they tend to have higher risks of malnutrition and weaker immune systems.

Child marriage is also problematic because many girls are forced to rely on their spouses economically. Therefore, even if they are trapped in an abusive relationship, many girls are not able to leave their husbands. Also, many of those who enter into child marriages drop out of school once they are married, and therefore do not have the education to get a job, which would allow them to support themselves.

Child marriage has been prevalent for a long time, and in Guatemala it is rooted in indigenous cultures and a patriarchal idea that states that women are normally confined to housekeeping and childbirth. However, this idea is slowly changing. At Wings, a nonprofit that works for family planning and reporductive health in Guatemala, director Shilpa Kothari states that ‘at the local level, parents, teachers, and even young women are saying that 14 is a bit too young to become pregnant’.

There is also a societal movement for child marriages to be counted and no longer regarded as normal. Organizations like The Reproductive Health Observatory in Guatemala (OSAR) have helped to enforce that the government trains state employees to identify child mothers. In 2014, there were 5,119 documented cases of mothers under the age of 15.

There is still a stigma surrounding rape, which has led to few of these criminal complaints resulting in convictions. Moreover, many girls are scared to testify because they rely on their husbands for economic dependence.

The Guatemalan congress is sitting on a bill that will change the legal marriage age to 16, but whether this bill will pass is debatable.

Guatemala is making strides regarding child marriage, but it still has a ways to go. Luckily, there is work being done through the UN that will help Guatemala reduce its rate of child marriage. In 2013, the HRC adopted its first resolution on child, early and forced marriage, recognizing them as human rights violations. This resolution was co-sponsored by over 100 countries, including Guatemala, and aims to help define the development agenda for after 2015, when the Millennium Development Goals expire.

There are steps being taken to help reduce child marriages—changing patriarchal ideas on the local level, helping to encourage the reporting of childbirths and enforcing that child, early and forced marriages are human rights violations—but there is still room for improvement. As Dr. Montenegro of OSAR states, even if the law changes regarding child marriages, this change in law has to be accompanied by public policies that will empower girls and help them have a plan for their lives.

There are many organizations one can donate to which work to empower girls and reduce child marriages. Some of the organizations that work directly with residents of Guatemala are the Population Council, which works to connect girls with mentors and support, and the Fundación Nueva Esperanza, which gives girls scholarships to attend school.

Hope for the Rainbow Nation?What it Means to Educate the World
Scroll to top