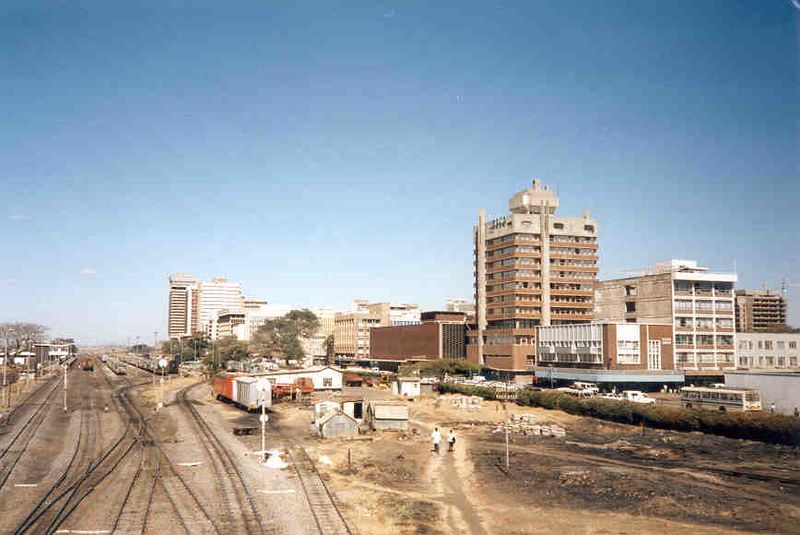 Zambia is quickly becoming one of sub-Saharan Africa’s most urbanized countries, but homelessness in Zambia is becoming increasingly prevalent. Zambia’s housing stock has a national deficit of 1.3 million units, which is projected to double by 2025. More than 60% of the Zambian population is under the poverty line, living on $2 a day; 40% are considered to be facing extreme poverty, with $1.25 a day. Roughly 70% of people living in urban areas do not have access to proper housing. They live in informal settlements that often have inadequate access to clean water or sanitation.

High-income jobs are typically found in urban areas, making the urbanization rate nearly double the population growth rate. Increased urbanization increases the demand for jobs, stagnates wage growth and raises the price of housing. According to a 2010 estimate, when you compare purchasing power, the cost of living in Lusaka is higher than in Washington, D.C. In 1996, Zambia’s National Housing Policy was put into place. This policy recommended that 15% of the country’s budget every year be designated for housing developments. This policy was awarded the 1996 “HABITAT Scroll of Honor” by the United Nations Centre for Human Settlements, commending the policy’s focus on involving community participation.

Zambia’s Homeless and Poor People’s Federation was founded to raise awareness and offer possible solutions to Zambia’s housing crisis. It opened a house model during Lusaka’s 83rd Agricultural and Commercial Show. The Federation aimed to demonstrate the power and intelligence that the homeless community can leverage in finding solutions to the problems they face. It wanted to raise awareness around the concept of building incrementally and using low-cost building materials.

Roughly 1.5 million Zambian children live on the streets, either due to being orphaned or due to extreme poverty. There are roughly 1.4 million orphans under the age of 15 in Zambia, and roughly 750,000 of these children were orphaned due to HIV/AIDS. This has led to a crisis in Zambia, as many street children are being exploited for child prostitution.

What’s being done to address child homelessness? First, approximately 75% of all Zambian households care for at least one orphan. The Zambian Ministry of Sport, Youth, and Child Development partnered with the Ministry of Defense to create youth rehabilitation and reintegration programs. Since the start of these programs in 2006, roughly 1,200 children have completed the rehabilitation program, with mixed results.

Other organizations are working to protect the rights of vulnerable children in Zambia. SOS Children’s Villages, established in 1996, helps provide safe housing for disadvantaged youth in Zambia. It also provides accessible education and medical treatment. To date, over 4,700 Zambian children have received education from SOS Children’s Villages, and over 7,000 have been enrolled in the Family Strengthening Program. Additionally, over 688 Zambian children have been provided with alternative care. Meanwhile, UNICEF works with the Zambian government to improve policies surrounding social services and the protection of Zambia’s orphans.

Several groups are working to improve housing conditions for Zambia’s homeless population. Habitat for Humanity raises awareness around land rights and focuses on empowering Zambian community members to advocate for the issues important to them. In 2018, 1,965 people volunteered with Habitat to help improve the housing available for people living in Zambia. The Internally Displaced Peoples’ Voice (Zambia) likewise promotes housing rights for vulnerable populations.

The Zambia Land Alliance promotes pro-poor land policy, criticizing past Zambian land rights policies for being too narrow and allowing abuse by public officials. For example, the Zambian Land Acts of 1995 state that “conversion of rights from customary tenure to leasehold tenure shall have effect only after the approval of the chief and the local authorities,” which can become problematic when local officials are not acting in the best interest of the affected communities. The Minister of Lands and Natural Resources has revealed that some public officials have been selling land to foreign investors, specifically commercial farmers, who then push out small, local farmers. There are currently land policies being drafted that emphasize the importance of improving land delivery mechanisms in Zambia.

When thinking about Zambian homelessness, it is important to look at the nation’s history. Many members of the United Nations have emphasized the impact of colonialism in spurring global homelessness, calling for greater support from developed nations. Dennis Chiwele of Zambia suggested that homelessness is often incited by urbanization and a lack of governmental safety nets. Countries like the United States should help nations like Zambia cope with these more complex side effects of urbanization.