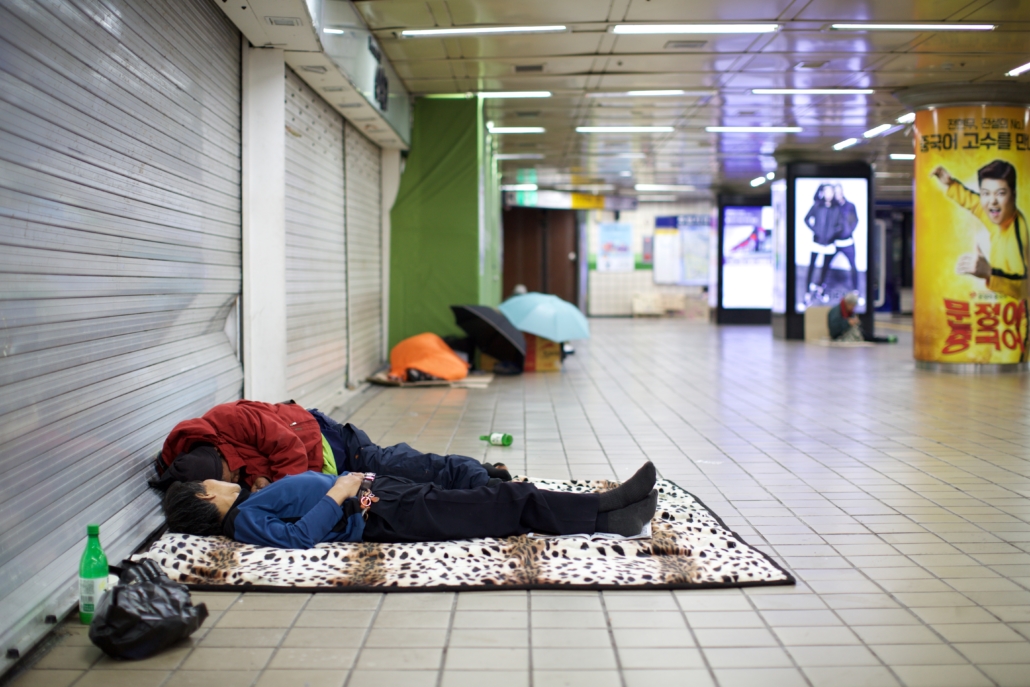 It is easy to dismiss homelessness in South Korea, as the nation ranks as one of the top 20 economies in the world. High-tech society can overshadow the unfortunate reality that many of the homeless face in South Korea. In 2017, the South Korean government estimated that there were more than 11,000 homeless people in South Korea. This is not a surprise to many South Korean. When walking in Seoul for an extended amount of time, it is common to come across the homeless.

Factors that Contribute to Homelessness

Currently, the city of Seoul is running an outreach program. Simin Chatdongi or “People Visiting Their Neighbors” is a program that encourages citizens to alert the authorities about their neighbors who might be on the verge of becoming homeless. Citizens who want to participate can sign up for the outreach program online or visiting a program booth at a residents’ assembly or neighborhood festival. As of Dec. 2019, the program gathered 8,563 reports.

Homelessness in South Korea is caused by many factors, including the housing index, financial bankruptcy and alcoholism. However, the South Korean government’s commitment to helping its less-fortunate populace leaves a silver lining to this otherwise bleak reality. Many in South Korea look forward to the positive changes that are to come for the homeless.