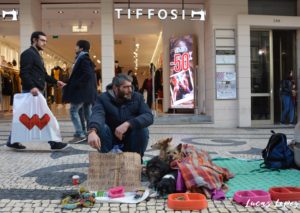 Portugal’s idyllic location near the Atlantic Ocean has made it a popular location for tourists around the globe. The Mediterranean nation’s legacy as a maritime empire, beaches in the Azores region and specialty seafood dishes such as grilled cod come to mind for many. While it enjoys its status as a developed country, it is not immune to social and economic problems. One of Portugal’s most pressing issues is homelessness. The nation has taken several initiatives to address the situation within its borders. Here are eight facts about homelessness in Portugal.

8 Facts About Homelessness in Portugal

The economic implications of the 2008 recession paired with the effects of the current COVID-19 pandemic have aggravated what the Portuguese president defined as a national challenge. Luckily, both national and local governments are introducing initiatives to weather and reduce homelessness in the upcoming years. If Portugal continues to zero in on this issue and make good on its promise to provide housing for all, then perhaps this challenge will become a thing of the past for this developed nation. In addition, Portugal could inspire other countries struggling with homelessness to do the same.