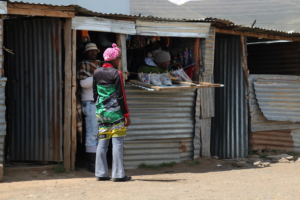 Lesotho is a parliamentary constitutional monarchy in southern Africa. Formerly known as Basutoland, the country was renamed the Kingdom of Lesotho in 1966, after gaining independence from the U.K. Following a period of political instability and turmoil, Lesotho is now at relative peace, and its level of homelessness is low. Even still, homelessness and housing are issues that Lesotho’s government must address.

As in many developing countries, homelessness in Lesotho reflects one downside of urbanization and development. Lesotho went through a period of rapid economic growth in the last two decades. From $775 million in 2002, Lesotho’s GDP rose to $2.739 billion in 2018. Lesotho’s population has increased rapidly, as well, growing to more than 2 million in 2018 compared to 837,270 in 1960. Lesotho’s economic growth seems largely a result of its economic ties with South Africa. However, Lesotho’s poverty rate still stands at 49.7%.

Following Lesotho’s economic development, rapid urbanization has contributed to homelessness. According to the World Bank, the urban population in Lesotho rose from 3.512% in 1960 to 28.153% in 2018. This increase means that urban development in Lesotho has proceeded uncontrolled, overcrowded and unplanned.

Shortage of Infrastructure and Housing

According to UN-Habitat, recording Lesotho’s urbanization rate is a challenge. This is partly because different agencies within Lesotho’s government disagree on what constitutes an urban area. The Department of Lands, Surveys and Physical Planning, which is responsible for town and regional planning, defines an urban area as any area that has legal proclamation. On the other hand, the Bureau of Statistics defines an urban area as any administrative district headquarters or other settlement of rapid growth where people engage in non-agricultural activities. Such inconsistencies seem to contribute to unplanned urban expansion in Lesotho, which leads to insufficient infrastructures for water, sanitation, energy resources, transportation and social amenities.

A shortage of formal housing also contributes to homelessness in Lesotho. The Lesotho Housing and Land Development Corporation (LHLDC), a major state-owned developer, is mainly responsible for supplying homes in Lesotho. While LHLDC delivered an estimated 76% of formal housing in Maseru, Lesotho’s capital, U.N.-Habitat notes that LHLDC has not supplied adequate rental housing for low-income residents. In its report on Lesotho’s urban housing, UN-Habitat points out that the housing market in Maseru is saturated with expensive two-bedroom houses. The LHLDC tried to reduce prices by lowering construction standards. However, the organization’s high building costs, along with rising land prices in Maseru, limit LHLDC’s ability to help Lesotho’s homeless.

There are certain organizations working to alleviate homelessness in Lesotho. Habitat for Humanity launched a vulnerable groups housing program in 2001, servicing seven of the country’s ten districts. Primarily, Habitat for Humanity helps build two-room homes to house orphans, the elderly and persons with disabilities. In addition to building homes, the organization educates and trains prospective homeowners on inheritance rights and legal rights, to protect against property grabbing. Meanwhile, AVANI Lesotho Group, a hotel in Maseru, commemorated World Homeless Day in 2016 by providing food for homeless children.

Homelessness in Lesotho is defined by unplanned rapid urbanization and a lack of affordable housing for low-income residents. By addressing the country’s homelessness problem, organizations like Habitat for Humanity and AVANI Lesotho Group are creating hope for a better future for the citizens of Lesotho.