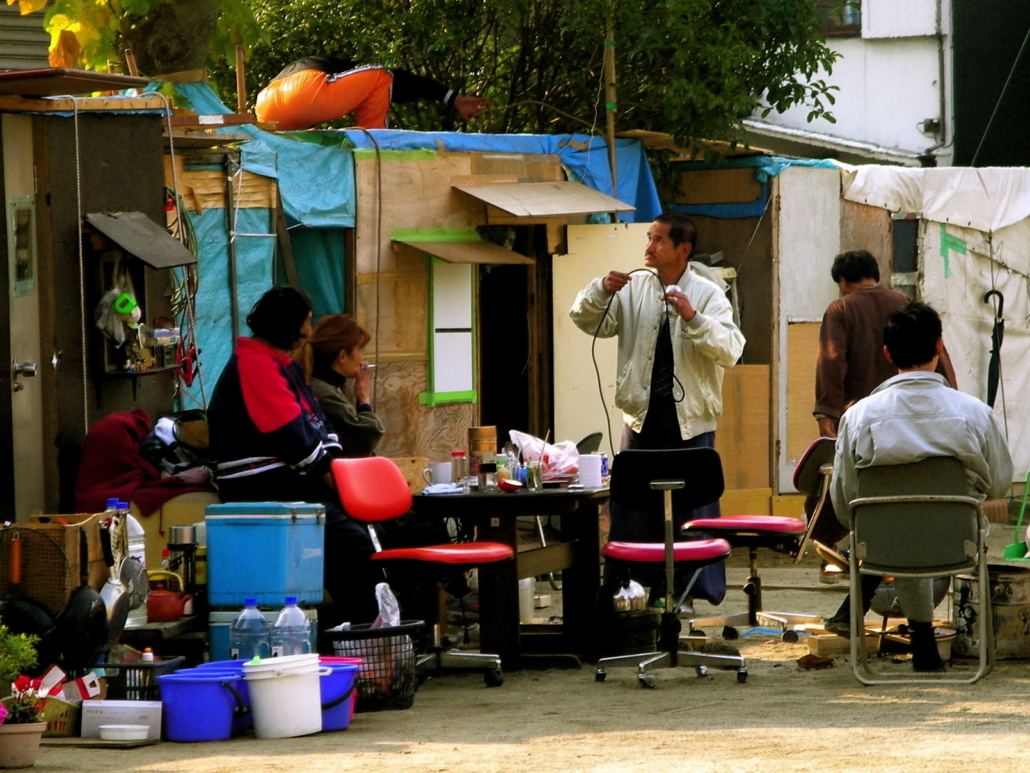 History of Homelessness in Japan

There are many causes of homelessness in Japan. While more recently, many have become homeless due to failed loan payments or corporate restructuring, in the 1990s, significant changes in the economy led to a rise in homelessness.

After the conclusion of the Second World War, there was a demand for informal day-laborers. Under this system, men would come to day-labor neighborhoods in the early morning. There, job brokers from construction companies would then hire them as manual laborers for a day.

As Japan’s economy matured and diversified, this custom fell out of favor, leaving many without work. Furthermore, the Japanese economy’s shift to the service industry, an influx of young foreign workers and the advancing age of these early laborers all served to push these men to homelessness.

Homelessness in Japan divides into visible and invisible. Both groups, however, are less visible to outsiders compared to the homeless in other counties. Part of this low visibility seems to be rooted in the Japanese culture’s emphasis on politeness. Based on Confucian values, there is a significant focus on loyalty, justice, shame, refined manners, modesty and honor.

For the homeless people of Japan, these cultural emphases often make them feel ashamed of themselves. Visitors to Japan, for example, often observe that the homeless of Japan rarely ask for money from pedestrians. In addition, the Japanese culture’s emphasis on politeness also means the homeless try to stay out of everyone’s way. Oftentimes, the homeless will set up their shelters along remote locations such as riverbanks. If the homeless have shelter in crowded areas like subway stations, they will remove themselves during peak hours. However, there are homeless populations in Japan even less visible than this.

The metropolitan government survey in 2018 revealed there were an estimated 15,000 people who stayed at these cafés every day during the week. Approximately 4,000 of these people were homeless. In addition, 3,000 of these people did not have stable jobs. For these irregular workers, there are internet cafés that offer amenities such as private booths, showers and laundry services. A Japanese worker named Fumiya said it costs him about $750 a month to live in an Internet café.

There are many organizations in Japan that are actively trying to alleviate the current state of homelessness in the country. Tsukuroi Tokyo Fund, for example, aims to provide housing, employment and a place of belonging to the homeless of Japan.

Tsukuroi House, a shelter run by Tsukuroi Tokyo Fund, turns abandoned, vacant homes and rooms into shelters for the homeless. Tsuyoshi Inaba, the director of the organization, claimed about 40 to 50 people used these housing facilities in 2017. He further claimed that these formerly homeless people were able to start living on their own afterward.

The organization also established “Shio no Michi,” a café run by the organization. The café hires numerous homeless people, with or without mental or physical ailments, to work the shop.

The current state of homelessness in Japan is characterized by the low-visibility of the homeless. While efforts by organizations like Tsukuroi Tokyo Fund are having a significant impact, more needs to be done to bring this issue into the spotlight. Moving forward, the Japanese government and other humanitarian organizations need to prioritize finding solutions to the economic and financial issues that cause homelessness in the nation.