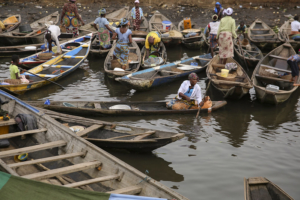 The Republic of Benin is a West African country bordering Togo, Nigeria, Burkina Faso and Niger. With nearly 11.5 million inhabitants, the former French colony has experienced a vast political change in its continuous effort to fortify its economy and provide for its people. However, despite its efforts, homelessness in Benin remains a problem. To understand this issue better, here are five facts about homelessness in Benin.

5 Facts About Homelessness in Benin

The Republic of Benin has struggled with its rate of poverty in recent years. Its economy depends mostly on its agricultural exports, which is problematic for growth and development. President Talon has proven to be aggressive in his attempts to bring financial opportunities to the Beninese. These factors, among others, have perpetuated homelessness in Benin. However, there are reasons to be hopeful for the future. Talon seeks to bring new government aid and social services to the poorest 20% of the population. With new cash advances and subsidized housing, hopefully, homelessness in Benin will soon be a thing of the past.