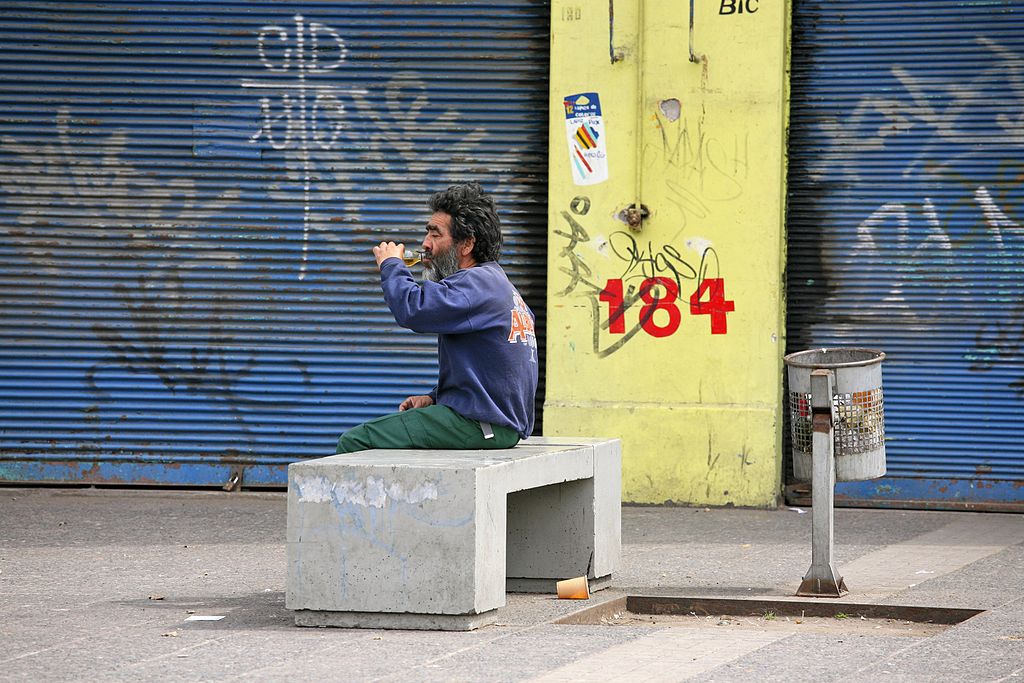 Chile is one of the wealthiest nations in Latin America, yet as of 2018, half the country’s median monthly income was less than $600. Comparing the salaries of the top 20% to the poorest, 20% of top earners make 14 times the amount of the severely impoverished. The pandemic has created new obstacles for the homeless in Chile to obtain any type of nutrition. In the middle of a crisis, however, a citizen dressed up as Batman armed with a face mask and bags of food for the homeless.

Although the income gap is common in most countries, Chile’s gap is 65% higher than the average of all OECD (Organization for Economic Cooperation and Development) countries. Unlike many homeless populations, 77% of homeless Chileans have jobs but cannot find affordable housing. A standard one-bedroom apartment costs around $660 a month in Santiago meaning that the average salary of $400-$550 USD a month is not enough to afford housing let alone the bills, utilities and food. During the winters, many of the homeless in Chile use the money they saved up by living on the streets in the summer to afford housing to avoid the harsh winter weather.

The majority of the country lives off a scarce monthly salary leaving the bare minimum amount to purchase food for an individual let alone for families of three or more. Within the last 50 years, nutritional change has spread through the country. Twice as many Chileans from low-income families suffer obesity in comparison to those with access to higher education and salary.

As of 2016, obesity is the number one cause of death in Chile and nearly half of children aged 2 to 4 are obese. This is a direct result of the country’s increased consumption of food containing processed sugars, fats and salt.

When COVID-19 spread to Chile, the country went on strict lockdown like the rest of the world. High food prices have been a long-standing issue but the strain on food-supply chains has prompted price increases. Environmental factors and an extreme drought already put Chile’s food supply in crisis mode before the pandemic. Now, Chile’s poorest are struggling to eat for days at a time.

COVID Adds To The Issue

Similar to the rest of the world, COVID-19 has shut down many businesses, factories and other non-essential work. Factories are a massive part of the Chilean job market but demand for products decreased exponentially when COVID-19 hit the Americas in March 2020. Around 80% of companies providing service and industrial companies reported drops in sales. Factories have either closed or laid off employees due to the pandemic. Nearly half of the offices in Chile have had to close resulting in job loss. The homeless in Chile who previously had employment now cannot afford food or save money to rent shelter for the winter months.

In early May 2020, protestors took to the streets amid growing food shortages and extreme class inequality. Sebastian Pinera, Chile’s president, responded by promising the delivery of over two million food baskets to the country’s poorest. The backlash from protestors pointed to the fact that this would only further serve large chain grocery stores and severely impact the small local shops already struggling.

Fruit exports already power Chile’s food market. These frequently take up farming power where grains and legumes suffer creating a reliance on the import of those highly useful products. Only 5% of local farmers have permission to sell their produce in supermarkets. The few rich individuals that monopolize selling mass amounts of food to supply chains dominate the rest of the market. This keeps class division extreme and makes it impossible for local farmers to lower prices without risking going under completely.

The majority of homeless in Chile live in the capital city of Santiago, sleeping on bus stop benches, sidewalks or on the ground in the park. Among them, a caring citizen dresses in DC’s Batman costume donning a medical mask and handing out bags of food to those in need. The anonymous man provides the homeless of Chile hot food regularly, delivering a few dozen meals each day around the capital. The costume choice was to both keep his anonymity and bring happiness while doing his rounds.

Along with food, Chile’s pandemic Batman tries to be a source of positivity and basic human interaction that can help uplift the spirits of people suffering in the streets. Human kindness is a necessity for those who are suffering from a lack of food and housing. The anonymous Batman of Santiago, Chile is doing what he can for his fellow Chileans.