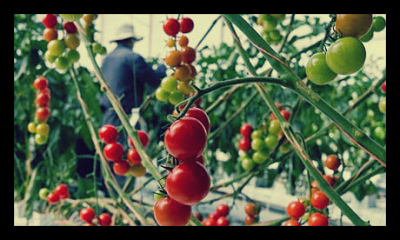 Home gardens in developing countries is now being viewed as a key to alleviating hunger and providing a source of nutrition for millions of people in developing countries. The quantity of food that low-income families consume must also be supplemented by adequate nutrition; research conducted by the Lancet earlier this year concluded that malnutrition kills 3.1 million children annually, and caused stunting in 165 million in 2011.

In countries where women are traditionally responsible for providing their families with food, the disparity in access to land between men and women can often cause problems. According to the FAO, women receive only 5% of agricultural extension services globally making it difficult for them to grow food, especially food rich in essential micronutrients such as vitamin A, iron, and zinc. Therefore, several development organizations have taken the step to help women make better use of the space they can control–their home gardens.

In 2009, Care International launched the EU-funded Food Security for the Ultra-Poor (FSUP), which aimed to support 55,000 women living in the northeast region of Bangladesh in providing food. The project addresses the underlying causes of social and economic exclusion and seasonal imbalances in food availability and affordability in order to achieve sustainable improvement in food access and utilization. One element of the program included homestead gardening.

Women were taught to grow crops such as cucumber, gourds, red amaranth, spinach, papaya, carrots, tomatoes, and beans. The program taught women how to use various gardening tools and how to identify space in their houses that could be utilized for growing vegetables. They were then provided with vegetable seed packets to start their own gardens. While these harvests were not huge, they did provide families with crucial nutrients in regions where people would otherwise rely heavily on rice.

As women begin to make an income they are able to make financial choices that positively impact their families. Larissa Pelham, food security adviser at Care International UK, said “when women have control over household resources, they are likely to spend it on the wellbeing of the household overall.” Other organizations have built on the success of this program and have included the additional element of combining gardening training with support in maternal health, nutrition, immunization, and financial services to women. This holistic approach is empowering women in developing countries, allowing them to use the land they own to build a better future for themselves and for their families.