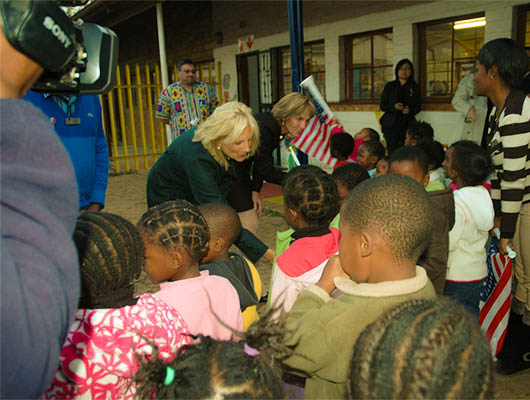 When Ben Franklin said that an ounce of prevention is worth a pound of cure, he probably wasn’t referring to HIV/AIDs prevention and international development, yet the idea is applicable nevertheless.

Oftentimes, medical interventions in the developing world consist of sending and administering medical supplies, personnel and medical training. However, when it comes to HIV prevention, secondary school education might be a “two birds, one stone” scenario, cost-effectively cutting down the rate of new infections in the first place rather than focusing on expensive treatment.

Traditional HIV/AIDS reduction programs such as the U.S. President’s Emergency Plan for AIDS Relief (PEPFAR) have focused on primary school education and generally expanding access to information regarding HIV/AIDS as a prevention strategy. However, programs like PEPFAR generally don’t go so far as to include secondary school education as a strategy, which can be a rather ambitious objective.

A recent study published by The Lancet suggests that secondary school education ought to be a main feature of programs such as PEPFAR.

The study correlates a drop in new cases of AIDS with extra schooling in Botswana. Jacob Bor of Boston University School of Public Health, one of the co-authors of the study, made this point succinctly saying, “investments in secondary schooling are a slam dunk and should go alongside biomedical interventions in any effective HIV prevention strategy.”

According to the study, young people who attended an extra year of secondary school were 8.1% less likely to contract HIV. Girls in particular were 11.6% less likely if they attended at least two years of secondary school. The study found that there was no such correlation with primary school attendance. Apparently, the greater impact on preventing new cases of HIV in girls might be due to the fact that there are simply more women with the virus to begin with; in 2013, almost 80% of new adolescent infections in Sub-Saharan Africa occurred among girls.

Because AIDS has a disproportionate impact on women, secondary school education might even represent a grand slam of development objectives, improving health, education and gender equality; expanding opportunities for women and girls is widely regarded as one of the most effective poverty-reduction strategies.

The Millennium Development Goals included the objective of achieving a universal primary education for all children, which even now is a lofty goal. However, to realize a substantial improvement in AIDS reduction as well as other related goals, universal secondary school education might need to be included in the next set of global development objectives.

The MDGs Are the “Most Successful Anti-Poverty Movement in History” Haiti’s Cholera Pandemic: Fighting for a Place in the Public Eye
Scroll to top