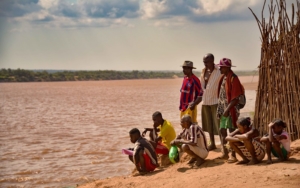 Madagascar, an island nation off the southeast coast of Africa, has one of the lowest rates of HIV in Sub-Saharan Africa at below 0.3%. This is due to the country’s location as an island and its low rate of urbanization. However, the number of HIV cases in Madagascar has been on the rise, with an estimated 54% increase since 2010. Only around 8% of individuals have been tested for HIV in Madagascar. As a result, the threat of the virus could be more significant than the recorded numbers tell.

Many factors lead to HIV in Madagascar, such as high poverty levels, education rates, lack of awareness of HIV prevention and limited access to treatment. Many of those living with HIV not only face the direct consequences of the virus but the impact of stigma and potential discrimination due to testing positive. Lack of knowledge about the transmission of HIV leads to this stigma.

Often people living with HIV will avoid being tested due to a fear of stigma. According to data gathered in Madagascar from the Joint United Nations Program on HIV/AIDS (UNAIDS), when asked the question, “Would you buy fresh vegetables from a shopkeeper or vendor if you knew that this person had HIV?” 63.4% responded no. HIV stigma is a prevalent issue in the country. However, education on how to prevent HIV can solve the problem.

Additionally, in the Anosy region of Madagascar, over 90% of the population has not been tested for HIV. Therefore, Sustainable Environment, Education & Development in Madagascar (SEED), a British charity, created Project Mitao in support of people in the Anosy region. Through Project Mitao, SEED Madagascar conducts research to gain a better understanding of healthcare in the area. SEED Madagascar found that 64% of high school students lack knowledge of using a condom correctly. Moreover, Project Mitao is to educate the youth of the region and guide them in HIV prevention.

Furthermore, Madagascar also relies on foreign support as a solution to HIV. In 2012, the United States Agency for International Development (USAID) provided $60 million for a health program, including HIV prevention and treatment. USAID is also supporting HIV/AIDS programs to influence behavior change, such as increasing the use of condoms to decrease the prevalence of HIV in Madagascar.

UNAIDS and UNICEF created the All In! to #EndAdolescentAIDS plan to reduce AIDS-related deaths and the number of HIV cases among adolescents. Doing this would eventually achieve the goal of ending the AIDS epidemic by 2030. AIDS is a leading cause of death among the youth in Africa. Therefore, All aims to improve the quality of healthcare in its approach to testing and treating HIV. Also, All In plans on addressing discrimination against those living with HIV to make care more accessible.

Healthcare in Thailand: Bridging the Gap Elevate in Uganda for Education Accountability
Scroll to top