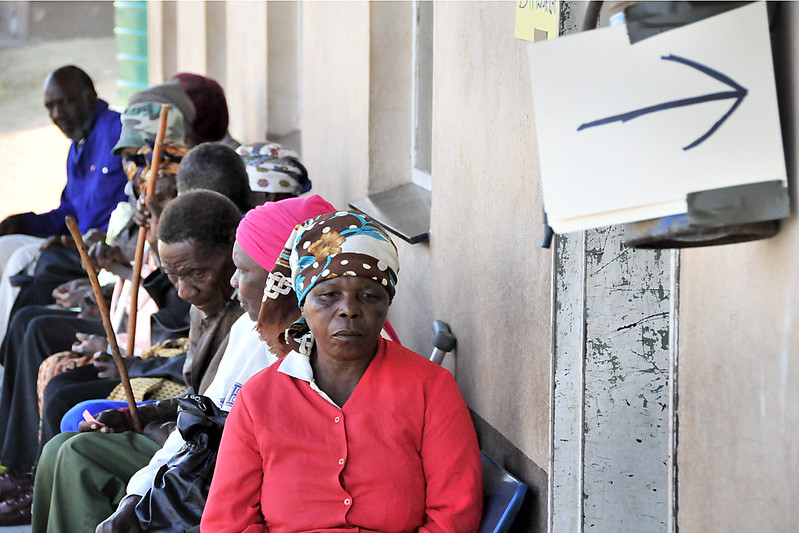 eSwatini (also known as Swaziland) is a small country located in southern Africa. Although eSwatini only has a population of 1.367 million, the country currently has the highest rate of HIV in the world. Still, major progress has been made to tackle HIV/AIDS in eSwatini, particularly in the past decade.

According to 2018 UNAIDS data, the country has already achieved these targets and then some. In 2018, 92 percent of people with the virus knew their HIV-positive status; out of these people, 93 percent were on HIV treatment and out of those people on treatment 94 percent were virally suppressed. eSwatini has worked with PEPFAR and other partners to seriously tackle the HIV/AIDS epidemic since 2011, saving countless lives and contributing to a more sustainable outlook for the future.

Increased Access to Testing and HIV/AIDS Treatment in eSwatini

Campaigns such as the 90-90-90 targets were alsoachieved thanks to the efforts made to increase the number of people getting tested for HIV/AIDS. In the year 2009, only 16 percent of the population had been tested for HIV or knew their status. By 2014 this had increased to 66 percent of women and 54 percent of men as the government launched initiatives to make testing more accessible. For instance, by 2014, 83 percent of health facilities provided HIV testing. The government also launched a self-testing pilot program in 2015, making it possible for people to test for HIV in the comfort of their homes. The goal of the pilot scheme is to address the stigma associated with getting tested as well as circumvent other barriers such as long wait times at clinics and inconvenient clinic hours.

Although the public sector started providing antiretroviral therapy in November 2003, the country has since stepped up its efforts in order to ensure this treatment reaches those who need it. As of 2014, eSwatini implemented the World Health Organization guidelines, enabling anyone who is HIV positive to gain access to treatment.

HIV/AIDS is Still An Epidemic

Today, 27.3 percent of people aged 15-49 live with HIV currently and HIV/AIDS is still the number one cause of death in eSwatini which means more work still needs to be done to tackle the epidemic going forward. HIV/AIDS mortality coupled with widespread poverty contributes to low life expectancy rates in eSwatini. As of 2018, life expectancy for women stood at 61 years old and 54 years old for men.

Lack of education continues to be a major obstacle in combating the HIV/AIDS epidemic in eSwatini. In a study done by the Cultural Statistical Office in 2014, only 49.1 percent of young women and 50.9 percent of young men were able to identify ways to prevent HIV transmission.

The cultural stigma attached to the virus is another factor that impedes the proper prevention and treatment of AIDS. More than 63 percent of the population does not hold accepting views towards people who are HIV positive. This accompanied with the lack of education on the subject leads to fewer people getting tested for HIV or seeking treatment due to a fear of being judged and discriminated against.

Frontline AIDS is an NGO focused on addressing the stigma attached to HIV/AIDS. The organization also provides care for at-risk populations including young people and sex workers. This work includes programs such as the Resilient and Empowered Adolescents and Young People program. This initiative aims to reach 30,000 young people living with HIV in eSwatini, Mozambique, Tanzania and Zimbabwe by incorporating home and clinic visits to provide treatment as well as counseling.

As of 2019, Frontline AIDS has helped thousands of people living with HIV. The organization has provided 30,690 people with access to prevention activities and more than 31,000 people have accessed Frontline AIDS’ HIV treatment services.

Overall during the last 10 years, there have been major strides in terms of HIV/AIDS treatment in eSwatini. Despite this progress, there is still much room for improvement. In order to increase the prevention of HIV and AIDS within Eswatini, there needs to be a shift in the social and cultural views of this disease. The current discriminatory views that a large portion of the population still hold in regard to people who are HIV positive leads to fewer people seeking testing or treatment. However, groups like Frontline AIDS and others are working to help put an end to this epidemic.

10 Facts about Sanitation in EthiopiaH.R. 1616 and European Energy Security
Scroll to top