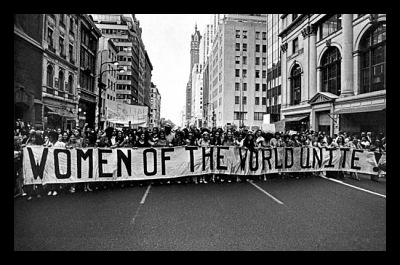 John Wilkes, a man from England born in the 18th century, is credited as the forefather of modern advocacy. Wilkes was critical of the Treaty of Paris that ended the Seven Years War and was imprisoned for libel shortly thereafter, although he was later acquitted. After Wilkes’ act of defiance, a pro-abolition movement arose in England, effectively ending slavery in England.

The beginning of the 19th century was relatively quiet, but in the middle of the century, a philosopher coined the term social movement. The term was only used to describe relatively smaller events at the time.

Around the turn of the century, advocacy began to make progress. The socialist movement and the labor movement were the most popular, and were soon to be the model of contemporary advocacy. Out of these movements, the communist and democratic parties were born.

Following World War I, there was a renewed push for activism. This period led to a new classification of groups—the new social movements. The post-industrial economy gave way to a large number of groups, including women’s rights, gay rights, civil rights, the peace movement and the environmentalist movement. These movements stayed fairly static in terms of organization. More groups, such as the anti-nuclear movement, joined toward the middle of the century.

With the advent of the television, advocacy began to see incredible progression, which only foreshadowed the contemporary movement. The 1960s, in particular, were heavily influential, as civil rights took center stage.

The next step occurred around the 1990s. This period marked the era of global social activism, spurred on by the rise of the Internet. E-mail replaced postal mail and e-bulletin boards replaced traditional ones. The transition from analog to digital communication proved to be more effective in gathering support and more effective in increasing awareness. Groups that once couldn’t afford traditional publishing began to use the web as a platform for their activism.

Beyond Internet activism is the rise of social media and the role it plays in the history of advocacy. Popular social networks like Facebook and Twitter have begun to be utilized as platforms for advocacy. Sites like these allow people to connect and interact in ways that were previously impossible.