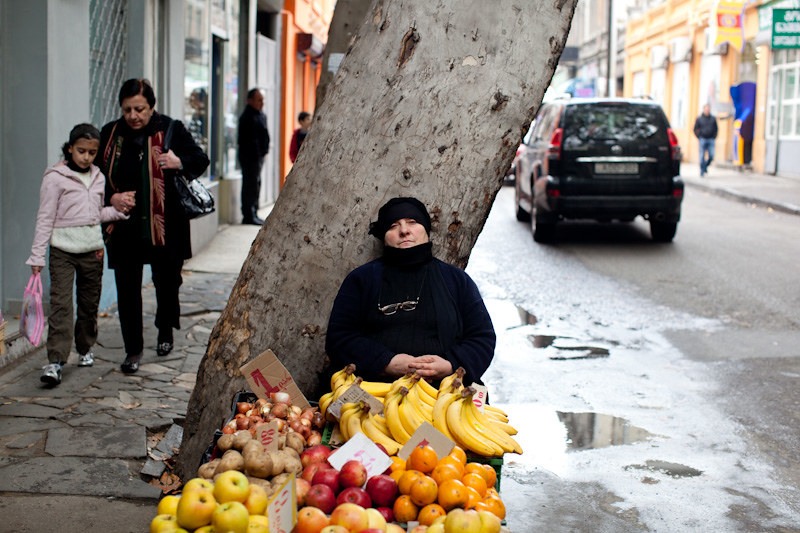 Nestled in the Caucasus Mountains of Eastern Europe, the people of Georgia receive a sufficient quantity of food. However, the population suffers from stunted growth and undernourishment because of the quality of their diet. This leads to a condition called hidden hunger, in Georgia.

Hidden hunger in Georgia results from a lack of essential vitamins and minerals in its accessible food. The people there often do not consume enough protein, iron and vitamin A. This can cause tangible issues. For example, half a million Georgians are malnourished and infant mortality is twice the EU average. Additionally, a significant number of children under five years old are anemic.

Most of the foods that Georgians eat are quite high in starch and have little nutritional value. The two most popular dishes in rural Georgia are fried potatoes and lobio, which is made of boiled beans. Overreliance on these types of foods have made cardiovascular disease the most common chronic disease in the country. Currently, it accounts for 69% of Georgia’s mortality.

The main cause of the dietary insufficiencies in Georgia is a lack of access to meat and meat-based products. Unfortunately, these products are rather expensive at local markets. With the average household income being just $6 per day (⅓ of the population earns only $2.5 per day), the consumption of meat is rather impractical for most people.

Although the country’s GDP is growing overall, economic downturns, such as the 2008 Russo-Georgian War, the 2015 stagnation and the 2020 pandemic, reduce the value of the Georgian Lari. These kinds of shifts can create vulnerable conditions for Georgia’s population and reduce food security.

Fortunately, governmental and nonprofit organizations across the world are taking steps to improve the dietary standards and hunger in Georgia. Action Against Hunger has had a Food Security Program in the country since 1994, established shortly after the dissolution of the USSR and the collapse of collective farming in the region. It was able to help 5,937 people in 2018.

BRIDGE is a Georgia-based NGO that publishes comprehensive studies detailing the dietary habits of Georgians. It also publishes policy recommendations, which range from developing monitoring systems for the Georgian diet to embedding nutrition into the Ministry of Education’s agenda.

The Georgian Agricultural and Rural Development Alliance (GAARD), of which BRIDGE is a member, was able to register a “Food Security Bill” in Parliament in 2017. This bill aims to reduce Georgia’s reliance on imported food and improve the country’s nutrition self-sustainably.

Although the country has only 879 confirmed cases of COVID-19 and 14 deaths as of June 16 2020, the global pandemic may put national food security at risk if another wave of the virus hits the region.

There are some subsistence farmers in the country, but many people buy their food from street markets or bazaars. Places like these are potential hotspots where the virus can spread. However, it is essential that these markets remain open because if they were shut down by a government mandate, many people would struggle to achieve their daily food quantity as well as combat hidden hunger in Georgia. Hidden hunger presents itself in Georgia due to a lack of essential minerals and vitamins in its available food. Cardiovascular disease accounts for 69% of Georgia’s mortality. COVID-19 has the potential to increase the impact of hidden hunger if markets are shut down. While Georgia is facing a struggle with hidden hunger, organizations like Action Against Hunger, BRIDGE and GAARD are working to improve the quality of food in the country in order to make a positive impact.