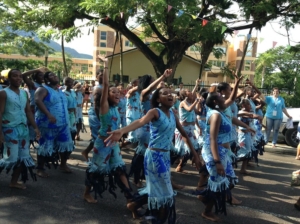 In 2019, the Republic of Seychelles had the world’s worst reported heroin usage rate per capita. About 10% of the working-age population, between 5,000 and 6,000 people, had an addiction to heroin. The archipelago’s total population in 2019 was only 94,000. Seychelles’ opioid use rates have also consistently been among the world’s highest rates. These have continued to rise during the COVID-19 pandemic. Heroin use in Seychelles continues to be an epidemic, but some are implementing measures to combat it.

Why Seychelles is Suffering a Heroin Epidemic

Seychelles is a developing country in the Indian Ocean that includes more than 100 islands. The nature of Seychelles’ borders makes it difficult for law enforcement to intercept heroin arriving primarily from Afghanistan. Even during the pandemic, while lockdown measures were in place, the drug market continued to flourish in Seychelles with steady imports of illicit drugs as other markets struggled.

Heroin is so abundant that the cost of a line has dropped from about 1,000 Seychellois rupees to about 30 rupees. By 2020, the typical salary in Seychelles was $420 or approximately 5,400 rupees. With about 40% of the country’s population living in poverty, heroin has become an affordable option for drug users. People living in poverty are also more likely to use drugs like heroin and engage in drug-related crime than people who are financially better off. Additionally, impoverished people who are drug addicts tend to lack access to the addiction services and other forms of support they need to recover.

By 2011, the number of heroin users was about 1,200. The alarming and quickly rising number of users prompted the government to engage in a war on drugs. The war involved implementing strict enforcement on drug traffickers and addicts alike. However, the increase in users over the years accompanying the significant drop in the cost of heroin shows the ineffectiveness of cracking down on addicts. As a result, the government of Seychelles shifted its focus to drug prevention and rehabilitation.

Efforts to Curtail Heroin Use in Seychelles

In 2020, Seychelles’ government invested 75 million Seychellois rupees toward prevention and rehabilitation, nearly ten times what it invested in 2016. The Agency for the Prevention of Drug Abuse and Rehabilitation (APDAR) also emerged in 2017. Enrolled in its programs are more than 2,000 people, 68% of whom have gainful employment. The agency offers a high- and low-threshold program for addicts.

People who participate in the high-threshold program receive in-patient care and go through detoxification. Those registered for the low-threshold program primarily learn harm reduction strategies designed to reduce drug abuse’s negative impacts. APDAR also engages in prevention efforts, demand reduction and aftercare programs. In 2018, the agency designed a national plan to deal with heroin use in Seychelles. Included in the plan is a rehabilitation village offering residency to drug users and their families which began construction in 2020.

Seychelles has a notable lack of NGOs to provide support to people dealing with drug addiction. In 2012, an NGO called CARE launched a drug abuse education and awareness campaign targeting youths. Young people make up a large proportion of Seychelle’s heroin users. Therefore, education informing youths of the dangers of heroin is necessary to reduce the number of future addicts.

The pandemic certainly has not helped to reduce heroin use in Seychelles. However, with complex and well-funded prevention and rehabilitation programs in place, heroin addicts and their families can get the help they need. Relapse is always a possibility for users as getting and staying clean is a difficult thing to achieve. However, with time, Seychelles can bring the number of users down to what it was in 2011, and then reduce the number even further.