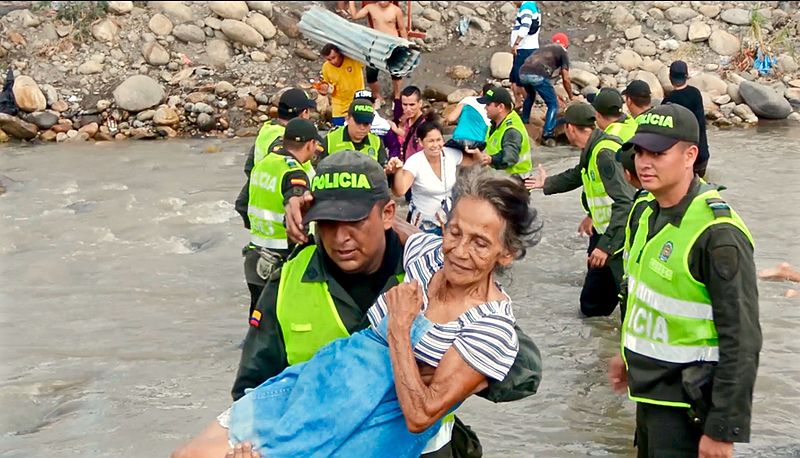 Colombia and its people, although needing humanitarian aid for their own country, have continued to allow Venezuelans to come in. Colombia far surpasses other countries as the number one receiver of Venezuelan refugees. The government provides them services in refugee camps such as orthodontic treatment, legal assistance, psychological guidance, haircuts, manicures and food. This has been described by various Venezeulen refugees to be beneficial. However, there are concerns that Colombia might not sufficiently meet the demands for this new mass influx of people considering its existing problems with its own people.

Colombia today sees high rates of terrorism and crime, from dissidents of the Revolutionary Armed Forces of Colombia (FARC) and groups like The National Liberation Army (ELN). Armed robberies are also common there, and Colombia’s social systems and law enforcement have failed to address this issue. This results in events like a car bomb incident in January 2019 in Bogota which killed 22 people and injured 66 more, a bomb in January 2018 when a bomb exploded in front of a police station in Barranquilla, a bomb in June 2017 when three people were killed in a shopping mall and an incident in 2018 where two Ecuadorian journalists and their driver were killed along the Colombia-Ecuador border. The U.S. State Department rates Colombia with a Level 3: Reconsider Travel rating, citing these issues as well as health concerns from COVID-19.

Current Sources of to Help

Aid outside the Colombian government does a lot in helping Venezuelan refugees. This is true whether it goes directly to the local people or arrives through sources like USAID. The intertwining between Venezuelans and Colombians, promoted by Venezuelan refugee events hosted by Colombians before COVID-19, can also help alleviate anti-Venezuelan sentiment and provide the region more stability.