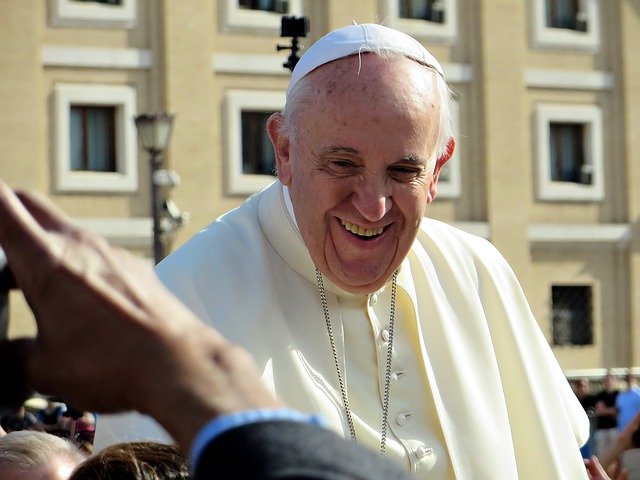 In light of the global pandemic, Pope Francis has kept busy advocating for poverty reduction around the world. Francis spent the year 2021 mending relationships between the Catholic Church and the Middle East and offering support to healthcare workers. Here are some of the most important things the Pope did in 2021 to help reduce poverty.

Advocation to Reduce the Debt of Impoverished Nations

Pope Francis delivered a statement in April 2021 at a meeting that the World Bank Group and International Monetary Fund (IMF) hosted. Mostly, he discussed how impoverished nations should receive a greater share in decision-making for the international market. He also pushed for debt relief and reduction for nations struggling during the pandemic. “The pandemic, however, has reminded us once again that no one is saved alone,” Francis wrote.

He also stated that “a spirit of global solidarity also demands at the least a significant reduction in the debt burden of the poorest nations, which has been exacerbated by the pandemic. Relieving the burden of debt of so many countries and communities today is a profoundly human gesture that can help people to develop, to have access to vaccines, health, education and jobs.” The Pope’s statement highlighted the “ecological debt” all nations owe to the environment. He also remarked that ecological degradation and biodiversity loss are manmade issues. He asserted that the issue could come to a resolution if impoverished nations, generally the ones environmental challenges most affect, can put their finances toward combating it.

With the events of 9/11 and the Israeli-Palestinian conflict long exacerbating Islamophobia, Pope Francis’s arrival in Iraq marked a new beginning for Catholic-Muslim relations. Nostra Aetate, which Pope Paul VI issued in 1965, decreed that the Catholic Church must examine its relationships with non-Christian religions. The declaration contains a section dedicated to Islam, which urges mutual understanding in the name of peace and freedom. Pope Francis attempts to follow Nostra Aetate and continues to extend respect for the Islamic religion. He desires to mend the relationship between the two faiths.

While in Iraq, Francis met with Ayatollah Ali Al-Sistani, the leader of Iraq’s Shiites, twice nominated for the Nobel Peace Prize. The Pope also met with Daesh’s terror survivors and called for peace between Christians and Muslims. Pope Francis urged that Christians and Muslims let go of their past and work toward rebuilding Iraq.

Pope Francis has Continued to Donate Around the World

Throughout the pandemic, the Pope continued his charity work for healthcare workers and affected families. During his trip to Iraq, Francis donated $250,000 to families in Baghdad. Francis also extended support to a women’s healthcare center in India. In May 2021, Francis donated 20,000 euros to the Shanti Ashram women’s health and social center in Coimbatore, India, which supports around 50,000 women and children. The center had hosted an international online conference with a goal of raising 60,000 euros, but it fell short. Pope Francis donated 20,000 euros to make up the difference.

Pope Francis did not just donate financially, he also supplied several medical facilities with medical equipment. The Apostolic Nuncio in Colombia confirmed that the Pope sent PPE and four respirators to the San Francisco de Asis Hospital and the Santiago Clinic. The pandemic hit their area particularly hard. The Pope donated respirators to eight other countries as well, including Bolivia, Syria and South Africa.

Pope Francis has shown that generosity always comes first, especially in a global pandemic when poverty is on the rise. Under his leadership, the Catholic Church will continue to promote charity work and peace in the Middle East and help reduce poverty.