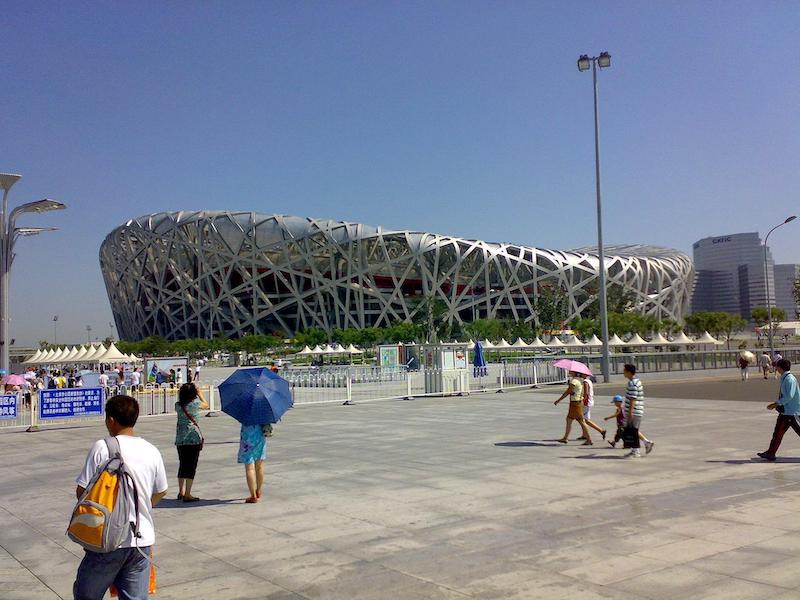 On July 12, 2022, dozens of cities in eastern and southern China issued high alerts as the temperature exceeded more than 107 degrees Fahrenheit. These scorching heat waves in China are forecasted to persist for weeks. Unfortunately, this is not the first time China has experienced heat waves. Since 1990, heat waves in China have increased mortality rates, which reached 26,800 deaths in 2019 alone. These heat waves highlight the growing concern about extreme weather patterns as each year, natural disasters like floods have been becoming more common and dangerous. In southern China, floods have affected the lives of half a million people, killing hundreds and displacing many more in 2021. As the world’s largest carbon emission producer, China’s steps toward alleviating climatic hazards play a key role in the future of the planet.

In the past decades, China has transformed its farmlands into cities, booming its economy and lifting millions of people out of poverty. In 2020, 0% of the population was below the national poverty line. However, rapid economic advancements in China have resulted in it producing more greenhouse gases than any other country in the world, according to Council on Foreign Relations (CFR). Experts have predicted that these changes in the climate would result in more extreme weather events like floods and heat waves, which are currently taking hold of many cities in China.

As natural hazards affect one-third of agricultural land, those living in “ecologically fragile areas” in China are the most vulnerable to climatic hazards and are thus more likely to return to poverty or be poverty-stricken. A lack of infrastructure and resources makes it difficult for remote areas in China to adapt or cope with disasters. In the cities, climatic hazards weaken the population’s well-being as air pollution alone contributes to an annual 1.2 million deaths.

Heat Waves’ Impacts on the Economy

The recent heat waves in China have left a major manufacturing region calling for businesses and households to use less power. Meanwhile, pork prices are rising because of fear of crop failure causing consumer inflation to rise. According to the National Development and Reform Commission, hog prices increased by 46% since March and a number of feed producers warned that there would be an increase in pig, poultry and fish prices, CNN reported.

The heat waves in China have forced businesses to ration power, posing a challenge to manufacturing industries as they still continue to recover from the pandemic lockdowns. In recent GDP data that China published, the expected economic growth for April-June 2022 dwindled from 4.8% to 1%, according to CNN.

China’s president, Xi Jinping, pledged to tackle these extreme weather conditions and make it a national priority in 2020. Beijing’s goals in addressing this issue include achieving carbon neutrality by 2060, reaching peak carbon dioxide emissions before 2030, and boosting forest coverage by around 6 billion cubic meters and more, according to CFR.

However, these goals may not be ambitious enough. Experts have pointed out that the goals do not align with the Paris Agreement as China would need to reach peak carbon emission by 2025 to meet the Paris accord’s goals, CFR reported. Additionally, carbon emissions are not decreasing at the necessary pace to reach the ideal temperature target of 1.5 degrees Celsius.

Still, China has exceeded most of the targets that it set out in 2015. Energy consumption of coal has dropped from 70% to 57% in the past decade and in 2019, China had half the world’s electric vehicles and 98% of electric buses, according to The Conversation. China is also becoming greener faster than any other country largely due to forestry programs that help reduce soil erosion and pollution.

While China’s targets lack ambition and a set cap on emissions, there is a chance for China to enhance its contributions to tackling heat waves. Pressure is mounting up on China as numerous countries, especially India and other developing countries, increased their pledges and with China’s position as a leader in the developing world, Beijing would likely make more aggressive targets.

Cooperation between China and other countries is also key in fighting extreme weather conditions. In 2021, the U.S and China have made a joint declaration in working together to combat the crisis. China is also open to working with Japan and South Korea in addressing environmental issues through yearly meetings with these countries, CFR reported.

The recent heat waves in China highlight the imperativeness to ramp up action toward fighting extreme weather conditions. More ambitious targets and accelerated progress in China would not only mean protecting the health and economic stability of citizens but also preserving the future of the world.

Screening for Sickle Cell Disease in ZambiaWomen’s Rights in Malta: A Push for Political Power
Scroll to top