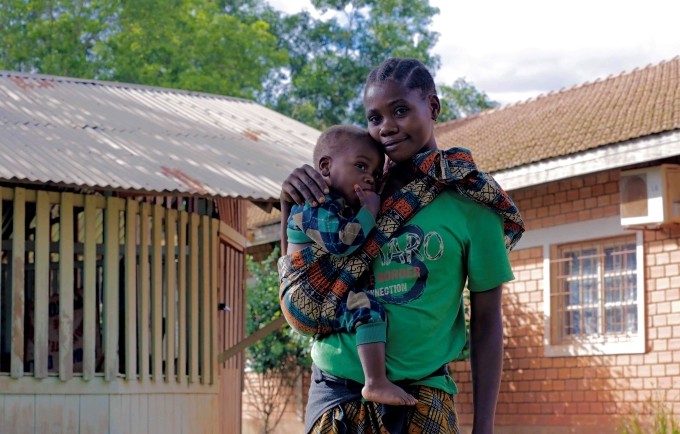 The Republic of Congo, also known as Congo-Brazzaville, is a central African country with about 5.2 million residents. Since most of the country is covered in tropical forests, more than half of the population lives in two large southern cities, Brazzaville and Pointe-Noire. It’s one of Africa’s top 10 oil producers and has extensive untapped mineral resources. Despite this, The Republic of Congo faces high rates of extreme poverty due to economic crises from oil price drops as well as ongoing conflicts since the 1990s. The economic declines have diminished state funds and the conflicts arising from political unrest led to the government no longer prioritizing healthcare in the Republic of Congo.

This has created an inadequate healthcare system characterized by a lack of resources, lack of healthcare professionals, insufficient access to and inability to deliver health services. The Republic of Congo is currently facing high rates of TB, HIV, malaria and maternal mortality.

Fortunately, despite these earlier challenges, the government began reprioritizing healthcare in the Republic of Congo with the help of various aid organizations. This revamped investment started in 2009 with a partnership with the United Nations Population Fund (UNFPA) to reduce maternal mortality.

UNFPA worked closely with UNICEF, WHO and the World Bank to help the Republic of Congo government outline a maternal mortality reduction program. This program was boosted by the 6 million dollars that UNFPA made available to the country. In cities, free cesarean sections were made available as well as more family planning resources. This resulted in a 45% decline in maternal mortality from 2005-2012.

This decline was extremely promising; however, there is still much that needs to be done in Congo because its maternal mortality rates are still in line with other less-developed countries. The government acknowledged this and once again partnered with UNFPA in 2019 to further invest in a maternal mortality reduction program.

This new program is focused on boosting healthcare infrastructure, facilities and services by utilizing innovative technologies. It is particularly focused on providing women in rural communities the best care possible. Some of the aspects of the program include providing solar power systems to ensure health facilities can function consistently as well as equipping midwives and doctors with portable ultrasounds and other monitoring devices to help handle high-risk pregnancies. Backpack kits filled with childbirth equipment are given to community health workers along with mobile phones to receive technical support if necessary.

While maternal mortality is a targeted intervention, the Republic of Congo has also done extensive work focusing on the healthcare system as a whole. This began in 2012 with the implementation of performance-based financing (PBF) with the help of Cordaid, an international development organization. PBF is a system in which healthcare providers are funded based on their performance and ability to meet specific objectives. It is utilized as a way to help introduce specific ways of purchasing that help health systems move towards universal health coverage.

PBF greatly improved healthcare in the Republic of Congo because it helps incentivize health workers to provide more and better care, such as assisting more births or providing more vaccinations. This, in turn, makes patients feel better and safer because their doctors are working hard, which increases the likelihood of people going in for consultations. More patients mean that rates for services will go down. Overall, with PBF, healthcare workers and facilities function better, and patients are happier and healthier.

While today, healthcare in The Republic of Congo is still facing challenges, it is vital to recognize how the government is investing and prioritizing the lives of its citizens. Creating change for the better is possible, and one must not forget to celebrate the victories.

CloudFishing to Combat Poverty in MoroccoTuberculosis in Timor-Leste: An Overview
Scroll to top