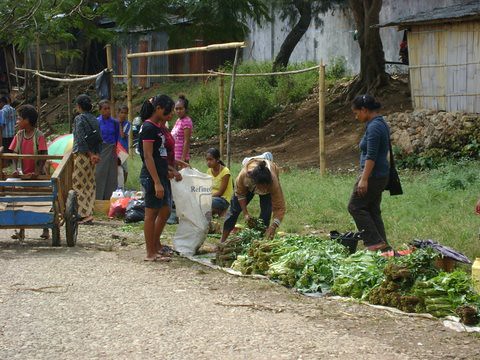 Tuberculosis, also known as TB, is a bacterial disease that affects one’s lungs. The disease can cause symptoms such as coughing fits, sneezing, as well as troubled breathing; however, some people do not exhibit symptoms. Tuberculosis is an air-borne disease that can be exchanged through interacting with individuals who have tuberculosis, typically by either coughing or speaking.

Though tuberculosis may not sound dangerous, there are some dangers for those who do not receive proper medical treatment. While TB does directly affect the lungs, the bacteria can also affect other organs such as the brain and kidneys, which can cause more concerning health issues like renal failure. Renal failure causes the kidneys to malfunction, so waste is not properly removed from the body. If not treated, tuberculosis can cause the lungs to be filled with fluid and blood and can ultimately result in death.

Which Countries are Most at Risk?

Timor-Leste, located in Southeast Asia, is one of the countries most affected by tuberculosis. Unfortunately, many people are not diagnosed, causing the disease to go on untreated. Timor-Leste has limited medical resources and supplies. As of 2017, the WHO estimates that for every 100,000 people in Timor-Leste, only 498 people are notified that they have tuberculosis, and 106 are killed annually.

What is Being Done to Help Timor-Leste?

According to the World Health Organization (WHO), certain programs have been created across Southeast Asia to teach tuberculosis prevention. Overall, there are thirteen districts, each of which focused on a different campaign. Originally, the program was started to address the missing cases in Timor-Leste. The WHO has also implemented more test screenings and treatment. It hopes to execute the “TB Free Core Package” in which there will be more TB prevention, detection, treatment, and protection. This package would be focused on helping low-income families who cannot afford the hefty price tag that comes with TB treatment. As the WHO programs have reached thousands of individuals, there is hope to decrease the number of TB cases and better educate the Timor-Leste public on tuberculosis prevention.

The International Organization of Migration and UN Migration Agency are working with Timor-Leste’s health ministry to help fund more test screenings. Supporting the National Tuberculosis Program will allow screenings to become more available to the public; as of 2018, more than 6,000 individuals have had a screen test. Programs such as this pave the way for more partake in reducing the cases of tuberculosis in Timor-Leste.

Healthcare in the Republic of Congo: Steps Forward 7 Facts about Palestinian Children
Scroll to top