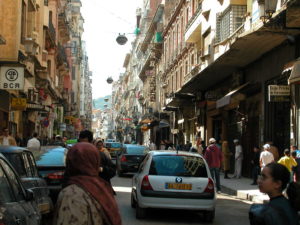 Algeria is located on the Northern coast of Africa and is home to 42.2 million people. The nation adopted a universal single-payer healthcare system in 1984, which allows anyone to access healthcare at no cost to themselves. The nation’s economy is largely reliant on oil prices and sales, but these have proven to be volatile in the past several decades. Due to this economic instability, 23% of the population lives below the poverty line, even though the nation has some of the largest oil and gas reserves in the world. What is even more startling is the 29% youth unemployment rate. Given that such a large segment of the population falls below the poverty line and cannot find work, many Algerians are reliant on their publicly funded healthcare system to provide for them in times of need. Here are five facts about healthcare in Algeria in light of the country’s economic hardship.

5 Facts About Healthcare in Algeria

Healthcare in Algeria has struggled for years, and the COVID-19 pandemic exposed many of its weaknesses. However, the pandemic has also allowed communities to respond to such weaknesses in full force. While Algerians are working to protect one another through e-commerce and social distancing, the international community is banding together to support the nation as well.