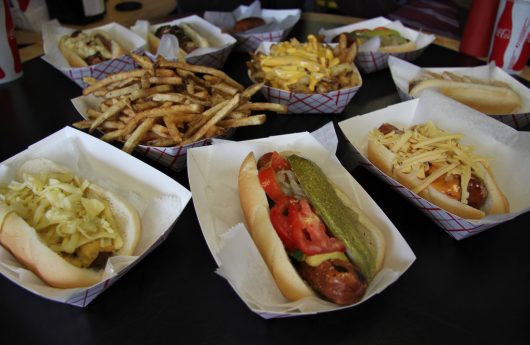 The World Health Organization has identified nine out of the top 10 most obese nations as being located in the Pacific. Within these nine nations, rates of obesity range from 35 percent all the way up to 50 percent.

Obesity measurements are calculated by looking at an individual’s BMI, or body mass index. Pacific islanders naturally have a larger build than people of other ethnicities. This is the case because, at one time, people from this region were forced to endure long and difficult journeys at sea. People able to store enough energy in the form of fat were more likely to survive, and evolution selected for these genes. However, this genetic component still does not explain all of the obesity rates.

What does help to explain this epidemic is the increasing number of foods that are being imported to the islands. Traditional tropical diets included an abundance of fresh produce and fish, but these foods are now replaced with more processed foods, which provide a cheaper alternative. One World Health Organization worker and Fijian native even noted that “it’s cheaper to buy a bottle of coke than a bottle of water.”

Additionally, urbanization and increasing numbers of office jobs contribute to poor health in the Pacific. Historically, many jobs such as fishing and farming included a great deal of physical activity. However, as more people begin to drive to work in offices, physical activity is greatly reduced.

This obesity academic is exhibited in children as well. Roughly one in five Pacific children are obese, and diabetes is a constant concern for children as well as health services who struggle to meet increasing demands.

Despite these unfortunate circumstances, there is still much hope for improving health in the Pacific. Members of the World Health Organization are confident that higher taxes on soft drinks, controlled marketing of products aimed at children and general promotions of a healthy lifestyle can help to turn things around.

Additionally, Australian researchers recently found an issue with the way that the rates of Type 2 diabetes were being measured in the Pacific. Essentially, blood glucose levels measured in the first phase of the survey were mistakenly compared to plasma levels in the follow-up portion of the survey. This caused rates to become inflated to nearly twice their actual value.

Although this inflation certainly does not mitigate the entire health crisis occurring in the Pacific islands, it does mean that at least rates of diabetes may be lower than was previously thought. Further steps to improve health in the Pacific will need to include conscious efforts on behalf of national governments, health organizations and citizens to strongly promote healthy living.