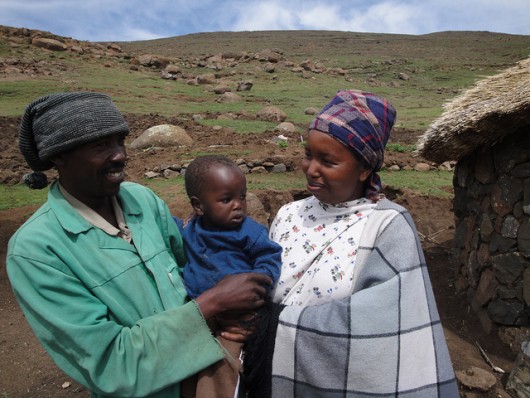 UNICEF and the German Agency for International Cooperation (GIZ) have announced that they will launch four pilot health centers in 2016. As a result, thousands of rural residents may be able to receive basic health care in Lesotho.

The health centers, called One Stop Shops, are an effort to bring HIV, malnutrition, blood pressure screenings, immunizations and infant checkups to the most remote areas of the country. Community members in mountain regions are currently unable to get these services without traveling to district capitals, which is a severe hardship that often deters them from seeking help at all.

“Without easy access to these service providers, they won’t go after these services,” said district council secretary for Maseru, Mamajara Lehloenya. “One wouldn’t take the initiative to go test your high blood pressure (hypertension) unless you are very sick.”

This is a serious problem in a country facing a number of national health burdens. The most recent reports from the World Health Organization indicate that the hypertension prevalence rate is more than 30 percent. HIV affects over 23 percent of the population. At the same time, Lesotho is experiencing an under-five mortality rate of 100/1000 children.

To remedy this lack of accessible health care in Lesotho, which is taking away lives, UNICEF and GIZ are bringing services to the most accessible level of government: community councils.

After the pilot phase is over, agencies hope that One Stop Shop will be a “reliable information hub” where community members can learn what services they can receive near home and how to receive them. One Stop Shop also aims to strengthen the referral network for more technical services offered in the capitals.

Social workers will also be included in the initiative in order to assist residents with government documents, including birth certificates and identification cards, as these are often necessary to receive help outside of local communities.

Empowering rural citizens of Lesotho to take charge of their health is critical to sustainably improving human and economic development in the country.

“By linking them to services that build their human capital – like health and education – a safety net of public assistance programs can help the poor rise out of long-term poverty,” said UNICEF Social Protection Consultant Betina Ramirez.

The efforts will complement those of the United Nations Development Program (UNDP), which has been working to build capacity in the country, especially in the agricultural sector. UNDP urges that, together, improving health and food security will be critical if Lesotho is to get back on track with the Millennium Development Goals.