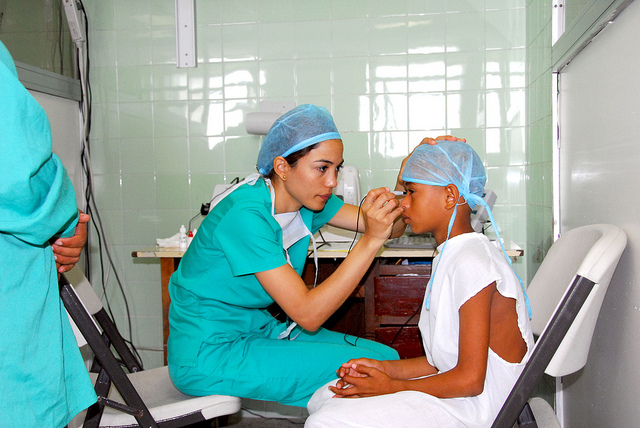 It is no secret that health care in developing countries is abysmal. Inhabitants in these countries suffer from unclean water, poor sanitation conditions and a high risk of contracting infectious and severe diseases. In the 1970s, the World Health Organization set a goal to have universal health care across the globe by the year 2000. It is now 2017, and that goal is nowhere near being achieved. Much of the disparity centers on health inequities between and within countries, especially in those less developed.

Low-income countries not only suffer from a lack of technology and education, but they also lack in the number of skilled professionals working in communities, where the result is people dying from treatable diseases like diarrhea. Another problem is that little research and development is conducted on diseases that affect such areas. Most global research spending on health care goes toward the prevention and curing of diseases suffered in the developed world, leaving little behind for developing countries.

This being said, there has been a recent shift towards bringing health care to developing countries. First, the United Nations acknowledged the health disparities and the lack of health care systems. To resolve these disparities, the Millennium Development Goals were created, with the Sustainable Development Goals following close behind. Each set of goals attempts to improve health care in less-developed countries using the resources available to the world’s more-developed nations. Strategies were formulated under the belief that “leaders in health care have an important stewardship role across all branches of society to ensure that policies and actions in other sectors improve health equity.”

The global health care crisis comes down to the cooperation of all nations working in concert to assure adequate health care in developing countries. This means using the resources of developed countries to research and set up prevention plans based on factors experienced in developing countries. It also means educating those in less-developed nations on safe sanitation practices and simple prevention methods.

To achieve universal health care, a team effort is required.