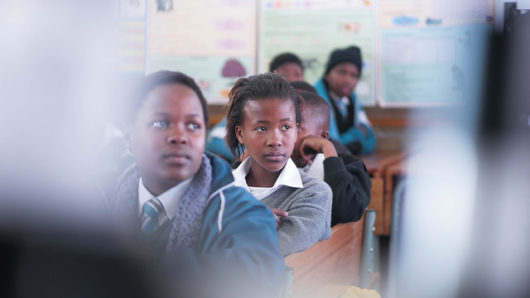 Globally, 71 million youths were unemployed in 2017, according to a report by the International Labor Organization. Unemployment in South Africa is particularly high and has been so for decades, with 5.5 million young people currently searching for work. In response to high youth unemployment in South Africa, a social enterprise known as Harambee Youth Employment Accelerator was created to help connect young people seeking work with employers.

With 26.7 percent of the population unemployed, South Africa has one of the highest unemployment rates in the world. With 63 percent of South Africans being under the age of 35, South Africa has a large youth population. The unemployment rate for youths, defined as those aged 15 to 34, was estimated to be 38.2 percent in the first quarter of 2018. Each year, 1.1 million South African youths enter the labor market, but only 6 percent enter formal employment, and an additional 8 percent are informally employed. The remaining 86 percent are either continuing their education, looking for jobs or becoming discouraged by the system.

High youth unemployment in South Africa is caused by a variety of factors, including high public education drop-out rates, a lack of significant economic growth and the nation’s legacy of apartheid. With many of the poor still living in townships located far away from urban centers, finding work remains difficult. Even if they are qualified for certain positions, they may lack the ability to travel into the city, particularly in the face of inadequate public transportation.

Formed in 2011 in Johannesburg, Harambee has been providing services for the youth across the nation and has helped more than 50,000 young South Africans obtain their first job. In order to provide opportunities to youths outside of the city, Harambee hires recruiters who go to the townships and record contact information for young people who are searching for jobs. From there, some youths are given an invitation to come to a Harambee office to discuss their skills and interests. A trained job coach them helps them through the process of creating a CV and preparing for job interviews. Harambee even provides free interview clothes for those unable to access or afford them.

Another way of connecting with job-seeking youth and working to reduce youth unemployment in South Africa is through the application on the Harambee website. On this application, young South Africans indicate their skills and what kinds of work they are interested in, making it easier for Harambee to successfully match them with an employer.

Harambee has partnered with 450 employers, ranging from small businesses to large corporations. Many of these employers are looking to fill entry-level positions, providing opportunities for South African youths without any prior job experience to find gainful employment. When deciding on matches, Harambee considers the needs of the company, as well as the skills of the potential employee and their proximity to the job. Transportation costs must be considered, and if they are too high, workers may go into debt, in spite of being employed.

For those who have the potential to get hired for more rigorous jobs, Harambee provides vocational training for up to eight weeks to prepare applicants for employment. Since many of the youths Harambee works with come from poor backgrounds, they often lack the knowledge and skills needed to be successful in the workforce. Harambee does what it can to ensure the young people the organization is working with will be successful in their employment.

One South African youth, 23-year-old Thabo Ngwato, was unemployed and had been having difficulty filling out job applications until his friend recommended Harambee to him. Through Harambee, Ngwato found work at a call center in Johannesburg, allowing him to support his mother and nephew as well as to purchase his first car. Ngwato told Reuters that, thanks to Harambee, “I know how to network, look for employment. The skills are ones I can take anywhere.” Helping with the application process and teaching basic jobs skill is essential in reducing youth unemployment in South Africa.

Similarly, 29-year-old Oratile Phekoayane was hired as a Webhelp worker after finding Harambee. The services Harambee provided helped her develop interpersonal skills in order to have more confidence in interviews. According to Reuters, Phekoayane stated, “I see myself as a business partner here. I’m looking to grow, maybe join the executive side.” Thanks to Harambee, she was able to gain employment, develop her skills and become successful with the potential for mobility.

Currently, Harambee has a goal of helping at least 10,000 young South Africans find employment each year. By 2022, they want to have matched 500,000 young people with employers, which will require a significant increase in the number of youths they help become employed each year.

Luckily, Harambee is not alone in addressing youth unemployment in South Africa. Cyril Ramaphosa, South Africa’s president since February 2018, has also been making youth unemployment a priority. Ramaphosa launched the Youth Employment Services (YES) initiative in 2018 and has been working to convince companies to reinvest 1.5 percent of their profits into providing paid work experience to young South Africans. By encouraging companies to reinvest in the country’s youth, Ramaphosa is acknowledging the important role that young people will play in the future of South Africa.