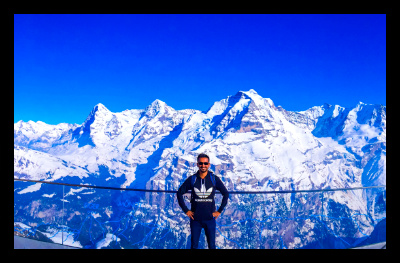 With the Alps reaching elevations beyond 15,000 feet, it is no wonder Switzerland sits at the top of this year’s list of happiest countries, produced by the 2015 World Happiness Report. While the country’s jocular vibes are great for its 8 million inhabitants, a closer look indicates impoverished individuals across the world should also be celebrating.

Since first being published in 2012, the World Happiness Report has delved into the intricacies of socioeconomic development. Turning the subjective nature of “happiness” into objective measures, the study reveals trends in the overall standard of living.

Using a scale that runs from 0 to 10, people in over 150 countries were surveyed by Gallup from 2012 to 2015. Real gross domestic product per capita, healthy life expectancy, having someone to count on, perceived freedom to make life choices, freedom from corruption and generosity were all gauged in the surveys.

“As the science of happiness advances, we are getting to the heart of what factors define quality of life for citizens,”  said John F. Helliwell, professor at the University of British Columbia and the Canadian Institute for Advanced Research. “We are encouraged that more and more governments around the world are listening and responding with policies that put well-being first. Countries with strong social and institutional capital not only support greater well-being, but are more resilient to social and economic crises.”

Switzerland, in its snowcapped glory, pulled out all the stops – winning first place. Iceland, Denmark, Norway and Canada followed close behind.

A transparent government, superb healthcare system and dedicated education sector are the driving forces behind happy lifestyles. Their 35.2-hour workweeks may also have a little bit to do with it.

Regardless, Switzerland spreads the socioeconomic joy when it comes to foreign aid. Though countries like Sweden and Luxembourg beat out the Swiss in terms of giving, the country’s government is aiming to meet applause-worthy goals.

In 2011, officials agreed to give approximately 0.43 percent of their gross national income, best known as GNI, to official international development aid. At the time, the U.S. was only contributing 0.2 percent of its GNI.

Now, as Switzerland strives for a greater role in global poverty reduction and sustainability, the benchmark is set at 0.5 percent.

“Switzerland is well-placed to become a more visible leader on development issues and can capitalize on its extensive experience on the ground to influence global policy in areas like conflict, fragility, food security and climate change,” said Eril Solheim of the Organization for Economic Co-operation and Development.

In the wake of Nepal’s recent 7.8 magnitude earthquake, the Swiss delivered on their promises. Swiss Humanitarian Aid dispatched an integrative team of doctors, engineers, water specialists and logistics specialists to assess the damage.

“The fundraising day proves that major disasters strike a chord across the nation,” Swiss President Simonetta Sommaruga said. “[…] the Swiss population shows generous solidarity regardless of age, language or income.”

The Fight for VaccinationOrgan Trafficking and the Poor
Scroll to top