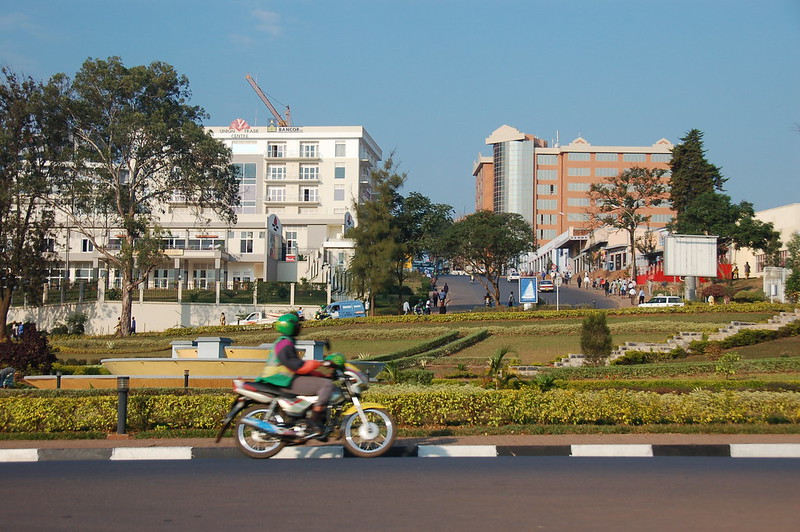 Kigali, the capital of Rwanda, is on the cutting edge of African development. In May 2022, the Rwandan government launched the second phase of the environmentally friendly, $175 million Rwandan Urban Development Project. The project consists of reinforcing nature-based infrastructure and protecting the city against extreme weather conditions. A hub of architects and entrepreneurs is working out of the newly built MASS Design Group’s largest office in Kigali. The recent increase in investment in the once war-stricken city aims to set Rwanda on the path to green urban growth.

President Paul Kagame received many criticisms for taking the position of an authoritarian strongman. While Rwanda appears to be a safe space for foreigners, Lewis Mudge, the Central Africa Director at Human Rights Watch recently told CNN,  “Rwanda is a safe country for Rwandans if you keep your head down and don’t ask any questions or challenge anything. The moment you step up and start to question something or have an independent opinion and express it, Rwanda becomes a very difficult country to live in.” It is impossible to ignore the claims of citizens and spokespeople in the region. For Western and Asian allies, however, Kagame remains a “liberator” with intentions of expanding economic prosperity in the region.

The Rwanda Urban Development Project focuses on developing the natural infrastructure of Kigali and surrounding cities. A green micro-mobility company called Guraride, which began a bike share scheme in Kigali in 2021 is just one of many firms setting up in the city. Guararide CEO, Tony Adesina, explained, “We’re looking at a situation where Kigali becomes the Silicon Valley of Africa.” President Kagame has made aspirational claims of making Rwanda a middle-income country by 2035.

In the decades since the atrocious 1994 genocide, the government has brought the country out of the ruins by taking several measures. For one, Rwanda now has close financial ties to China; in 2008, the country outlawed the use of non-biodegradable plastics a notable step towards its desire to be a green country. Moreover, it has closed gender gaps with 61% of its parliamentary seats, which women hold. The World Bank continues to report “strong economic growth” in the region, and a poverty decline from 77% in 2001 to 55% by 2017. With the decline in poverty and awareness of the need for renewable energy, Rwanda is a beacon of hope for the naysays of energy reform and a model country on the path to green urban growth.

A coalition of architects, engineers, city planners, researchers, designers, construction and film industry has come to the MASS Design Group’s central hub. Entrepreneurs like Tony Adesina are attracted to the area because of the government’s inclination towards allowing tech-based and eco-friendly development. As increasingly severe weather conditions erupt around the world, Rwanda is taking the initiative to develop green solutions to the unique problems weather causes. Launched in 2017, The Green City Project in Kigali is an example of this initiative. It aims to be a green community in the Kinyinya Hill area of Kigali; allowing developers to use innovative climate-responsive building techniques and collect rainwater, as well as increase vegetation, tree cover and renewable energy sources. This facility is a harbinger for more green projects to come around the world, as the move to green urban growth becomes evermore important.

The region of Kigali represents hope for war-stricken countries. Often through struggle and war, many creative solutions emerge out of necessity. Western counterparts regularly overlook developing communities in Africa and view them as “reporters” of what is happening, rather than true artists and creators themselves. Though others should not ignore the iron fist of the Rwandan government, an encouraging move toward sustainability that the nation has taken is the bottom-line approach necessary to tackle environmental and economic issues.