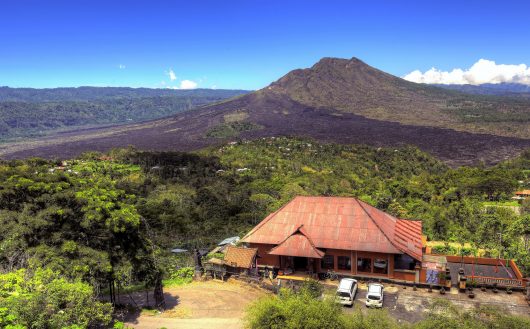 On Oct. 25, Indonesia launched the Tropical Landscapes Finance Facility (TLFF), a green growth project to finance projects that encourage eco-friendly growth and improve the lives of citizens in rural areas. The TLFF initiative will collaborate with the United Nations’ Environment Program and agents in the private sector, such as the French bank BNP Paribas.

The program will include a loan fund and a grant fund, leveraging public capital to stimulate economic development while working toward the Paris Climate Agreement goals. This will give access to long-term funds at affordable rates for farmers.

In the past, Indonesia lost a significant portion of its forests due to logging and intentional fires. The government tried to implement a permit scheme for deforestation, but the country still has the highest rate of deforestation globally.

Industrialization has driven workers out of the agricultural sector and into the industrial and services sectors. Yet agriculture remains the dominant employer in the country, with a workforce of 40.8 million people.

Palm oil is its largest export, and palm oil plantations have increased dramatically in the past decade. Forests are sliced to make room for palm oil plants. However, the price of this commodity has steadily declined and farmers are destroying the environment for a product that is losing its value.

The new green growth project will use public funding to unlock private investment. It is looking to make strides in the development of renewable energy and sustainable landscape management. The latter will minimize deforestation and restore degraded lands.

The green investment fund will stimulate the productivity of small farms without compromising the productivity of the land in the future. Chair of the Steering Committee of the facility, Dr. Kuntoro Mangkusubroto, told the audience at the launch event that “This ground-breaking and innovative financial platform, a world’s first, can transform the lives and livelihoods of millions of Indonesians in rural areas that deserve it the most.”

Officials hope the fund will steer farmers away from practices that deplete the land of its natural resources and hinder long-term productivity, hindering the growth of the per capita income of poor farmers.

Nepalese Newborns and Chlorhexidine: Match Made in HeavenPossible Female Leadership at the United Nations
Scroll to top