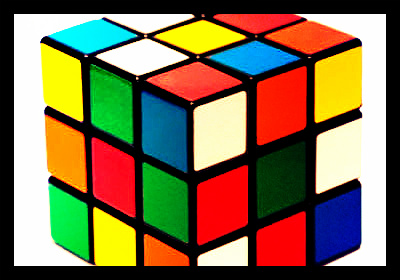 Anyone with Internet access knows there can be temptation to misuse its power. What has the potential to bring understanding across social and geographic divides and make accessible information from every discipline and denomination is often instead used to watch cats behaving quirkily or play video games. Lamentable as that misuse is, it is unlikely to change. Knowing this, Common Sense Media created Graphite.

Graphite is a website that rates games, apps, websites from the Internet, gaming consoles and more, on a tripartite rubric to help teachers and students sort the games with educational content from those which are purely time-wasters. Some games are small and virtually unknown; others are as universally recognized as SimCity.

The idea has earned support ranging from philanthropic dignitaries such as Bill Gates, teachers across the country, and students themselves, who can rate the games on a separate tier from the teachers’ ratings.

Graphite is not alone in this new take on learning. Khan Academy, which has been an unequivocal success, has incorporated game-like elements into its curriculum as well, such as awards and points, which can be used to buy avatars. The old doctrine of repetition and memorization from a black and white textbook is on the way out.

However, there are concerns that making education more about fun is fool’s gold. Numerous studies have linked playing video games and heavy computer usage to temporarily reduced cognitive ability, suggesting that there are benefits to learning by rote. Furthermore, there are social consequences to consider: public school systems are, in part, dedicated to instructing children on the way to be effective workers.

Children learn more than facts in school – they learn a new milieu which home life does not typically comprise. By buckling the complaints of children who find school boring or difficult, parents and teachers may be creating a lenient mentality that could cause issues in the future.

Of course, traditional schooling has its own achilles heel, which leads back to the anecdote that opened this article: the Internet. It is an all too common practice for children to escape from the stresses of school and immediately deluge themselves with cartoons, videos, and games, possibly negating the benefits from earlier in the day. Slumping test scores and the declining ability of Americans to compete globally for top-tier jobs in science, medicine, and technology can be seen as testament to this.

It is in this respect that Graphite and its ilk must be viewed not as the solution to a learning problem, but as a complementary tool which can, if not cultivate further learning, at least lend a hand in retaining what traditional methods are able to instill. Like public school, Graphite’s secondary, and possibly more important function, is social.

It has the power to teach children to recognize and acknowledge the difference between games with value, and those without. Hopefully, what Graphite will one day accomplish is to create a lifestyle among an entire generation in which free time is not spent watching strange cats.